I feel like summer is officially on it’s way. It seems like we’ve had a really nice spring- or it could be that I have gotten used to the heat. At any rate, it wasn’t until the past few days that it really felt like summer was on it’s way. And last year I remember thinking that in March.

This is what the boys did after school on Monday: 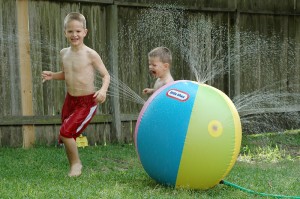 Doesn’t Austin look like an attack dog in this picture? I promise no children were harmed in the taking of this photo… 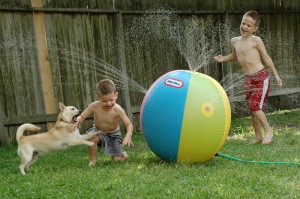 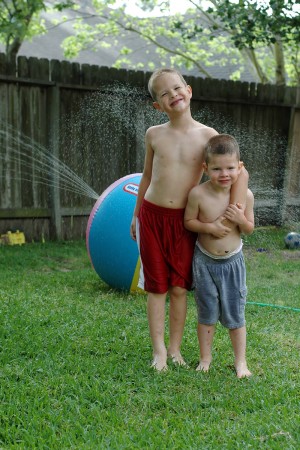 And, just for good measure, here’s a pic of Logan I took this morning. 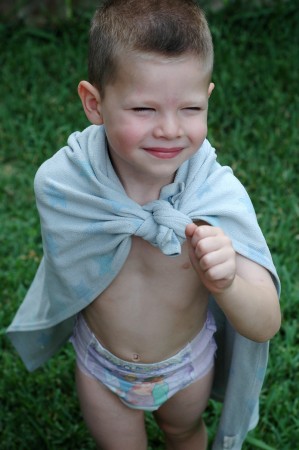 I love the mix of super hero and…um…the feminine pull up. Someday he is going to be so embarrassed by this. But I’m his mom, and taking slightly embarrassing pics of your kids is in the job description. For the record, he chose the princess pull-ups. I blame it on his little girlfriends at school. He is in a class with one other boy and six girls (and the boy is still in only diapers). And, also for the record, it doesn’t bother me that he wants to wear the princess pull-ups. It’s just about the only “girly” thing my all-boy kiddo has ever done. And, also for the record, he is doing great with potty training and usually wears his spiderman undies. So on the rare occasion he requests (or just comes out wearing) the princess pull-up, I just smile and laugh.  And take a picture.  He’s a real character, that’s for sure!