But I didn’t cry dropping Connor off at Kindergarten.  Somehow, it feels like the level of emotional-ness is directly related to the level of love.  Y’all know I love my boy…he is just ready for school and that makes sending him so much easier.

He came bouncing into our room at precisely 6:45 (which is the time our morning routine poster says to get up.)  He informed us that he woke up at 6:24 and watched the clock until 6:45.  By 7:15, he was completely ready to go and pretty excited.  Then came time for the traditional first day of school picture… 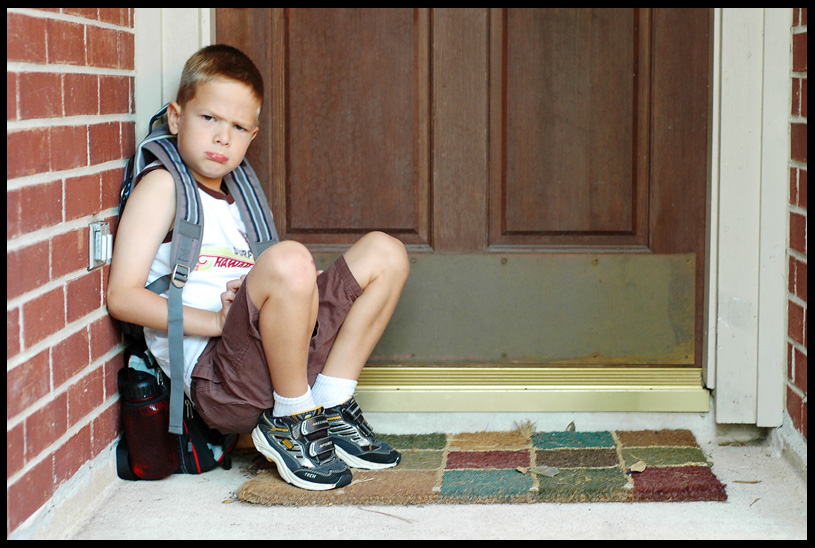 Can you tell he wasn’t in the mood for pictures?

Walking into the school, Connor was awfully quiet.  I wondered what he was thinking…what he was feeling.  In the car, he told us he was a little bit nervous and a little bit excited.  When we got to the school entrance, he informed us all that it was 105 steps from the car to the school.  That is so Connor.  When faced with an uncomfortable situation, just count.

Here he is, walking into his classroom. 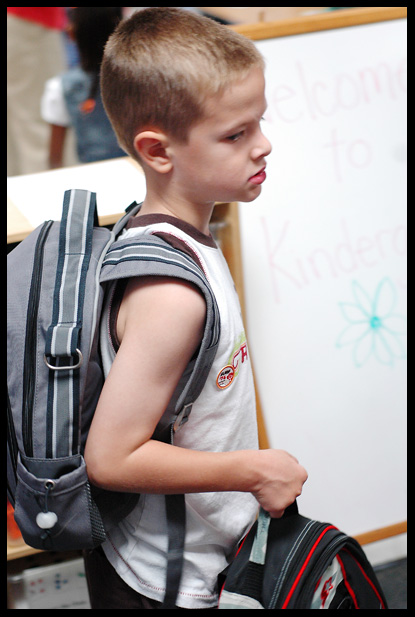 Clearly a little unsure of all this kindergarten business.  He was quiet, just taking it all in.  We found his cubby and got him all situated in his seat. 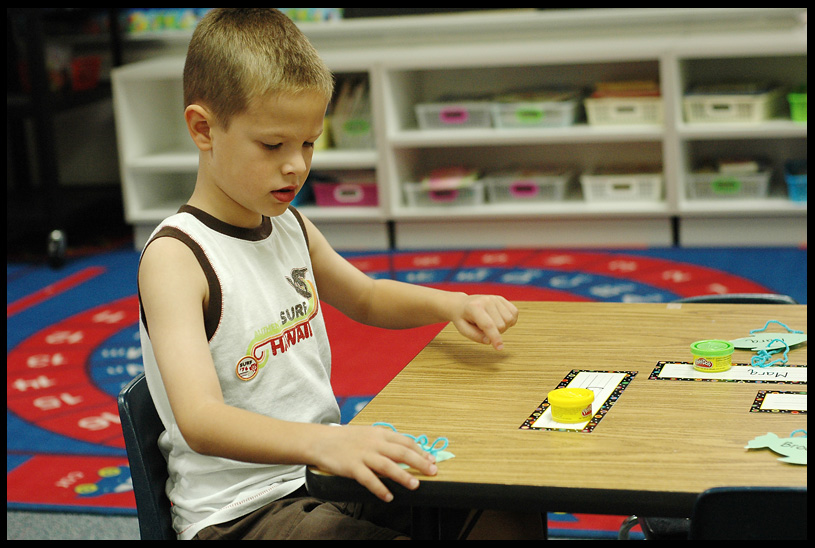 Derek and I gave him a hug and a kiss (how many years will we get away with that in his classroom?)  I asked him if he was ready for us to go, and he calmly said yes.  With that, we walked out and I left my baby in the hands of a teacher named after a Muppet.  (Her name is Miss Rizzo, which I think is a really fun name.  I think she is going to be great.  She reminds me a lot of kindergarten teacher extraordinaire, Mrs. McCord.)  He didn’t even glance up as we walked out of his classroom. 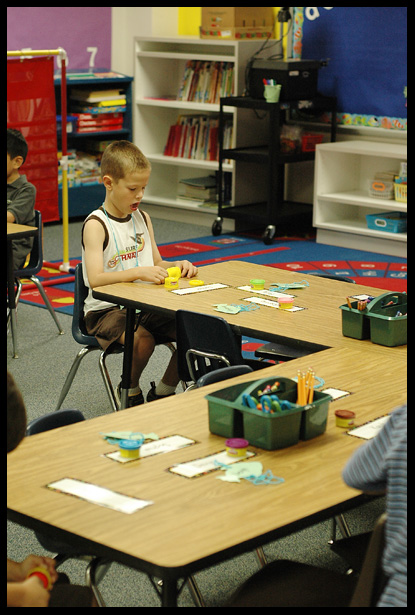 Then came the most shocking part of the day.  I didn’t cry. I was very calm about the whole thing.  The only time I got a little choked up was when we got home and it was just so quiet without him here.

The best part of the day was definitely watching the big school bus pull up and my boy get off of it.  I was so nervous that I had somehow goofed and written down the wrong bus number.  Or that he wouldn’t know which street was his.  But there he was, and I was so happy to see him! 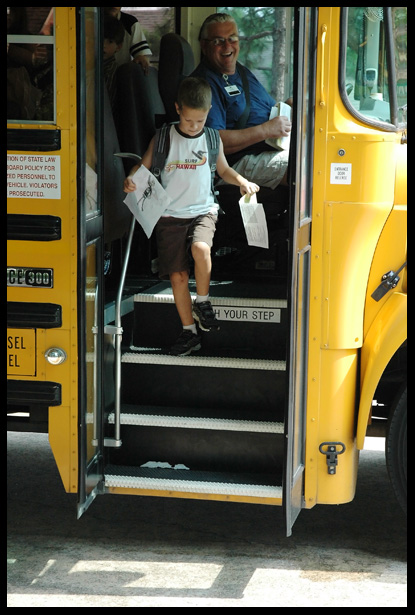 And he was pretty happy to see us, too. 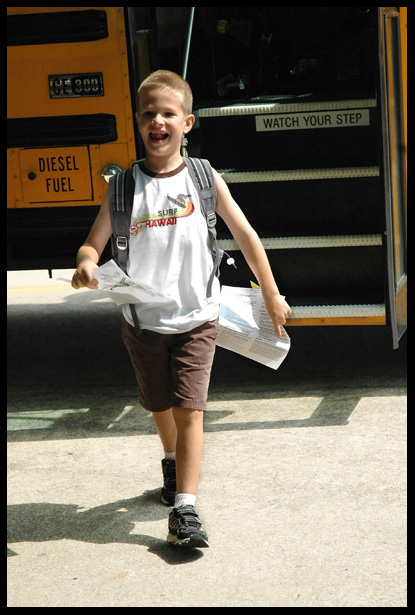 He had a good day.  He told us about it in bits and pieces throughout the evening.  They had PE today, which was his favorite part.  They got to play outside, and the teacher read them two books.  A boy named Mark had red Sketchers on, and he sat next to Brooklyn at lunch.  He didn’t get to have a job today.  Kindergarten is very long (8:15-3:15…it is long!).  Miss Rizzo wore and orange shirt.  He colored a picture and added in his own drawings of himself, Justin, and Super Star (one of his made up super heroes.)  He likes Kindergarten 3,000, and is looking forward to going again tomorrow.