Finally!  I just downloaded 221 pictures onto my computer, including all of the pictures from Logan’s birthday.  There are some real gems!

The day started with presents.  Under the watchful eye of his older brother, he tore right into the goodies. 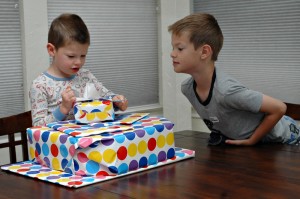 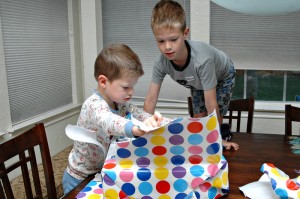 Later that day, Logan helped me bake his cake.  And by helped, I mean he went to town licking the beaters and the bowl. 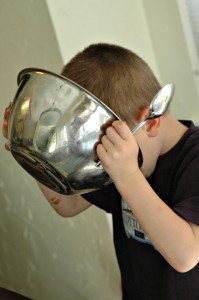 Late that afternoon, Logan and Connor decided they wanted to have a water day. That’s the kind of thing you can do in Houston on March 22. 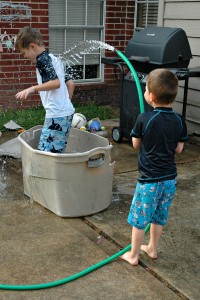 Only it really wasn’t that warm on March 22, which you can see on Connor’s face in this picture. This was pretty much the end of water day. 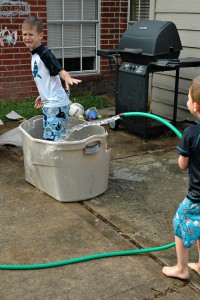 I little birthday drama…I think he bumped his head on the table while jumping and spazzing around about the prospect of cake. Poor kid. 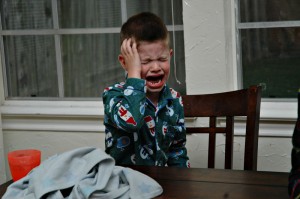 It was a short lived moment of distress. Finally it was time to blow out the candles! 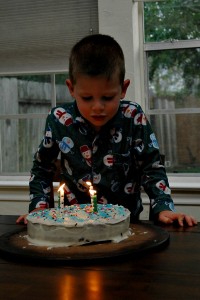 And time for a little brotherly love. I love this picture so much.

All in all, it was a great day!