All in all, it was a pretty fun Halloweekend.  Friday started off with a playdate with Annalee and Adelaide while their car was fixed up here on my end of town. Camryn and Adelaide had a good time together, and I’m sure if Camryn could talk she would say “Hey mom?  Can Adelaide come over again?  I would really like to play with her and admire her full head of hair.  Thanks, mom.” 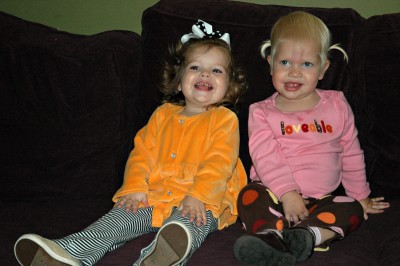 It worked out great having Annalee here because I was able to go up to Connor’s class for the Halloween party special educational activities involving pumpkins, which I have to say was way better than a sugar-fest.  Friday was wacky hair day, which was really fun now that his hair is a little longer. 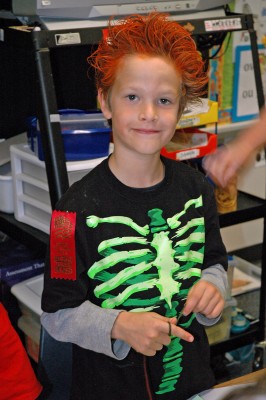 Friday night was pumpkin carving night, which would not be complete without a few tears over a messed up drawing on the pumpkin.  In the end, both boys were happy, although Connor’s didn’t actually get carved until Saturday and I don’t have a picture of his. 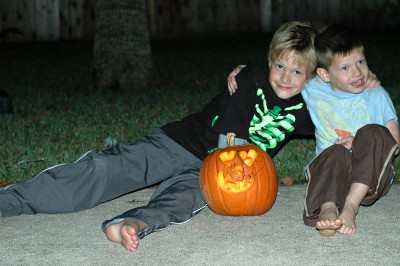 Saturday started off bright and early with a soccer game (where Connor scored an awesome goal!), and then we went to a little Halloween carnival dressed in costumes, of course.  Here we have a fairy, an army man, and Batman. 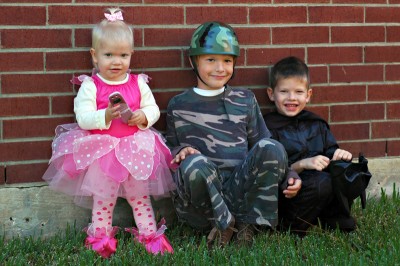 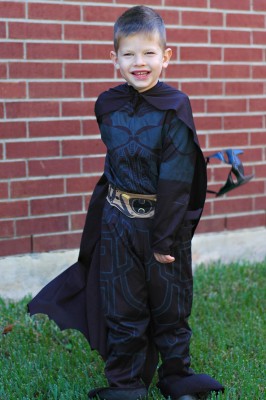 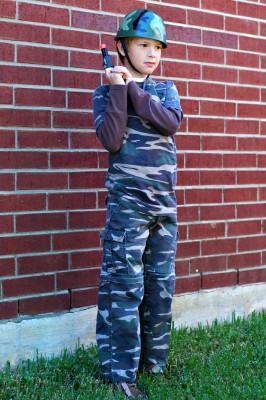 At the carnival, Connor beat Derek at a obstacle course because of this little move right here. Connor went over… 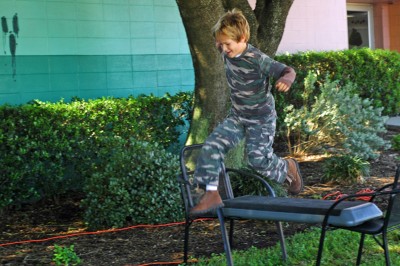 and Derek went under. Cracked me up.  D definitely scored some dad points today. 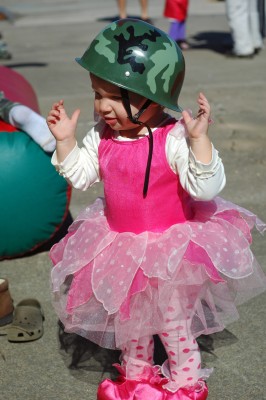 And she took good care of the loot carriers.

She had her very first lollipop. 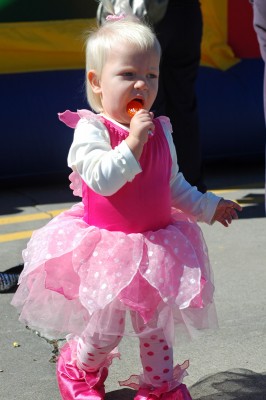 And she also waited patiently in line with the boys. 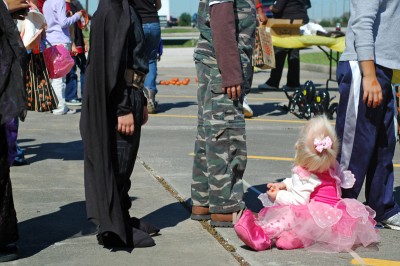 Saturday night was trick or treating, of course.  This was the only picture I took which I think pretty much sums it up. 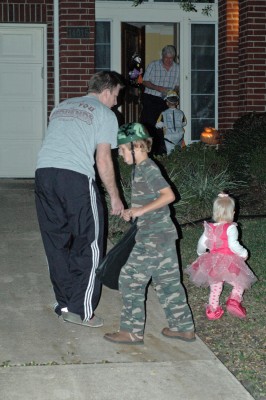 Hope everyone had a fun weekend!  Bring on Monday…it’s time to turn Logan’s room orange!