We’ve been having so much Christmas fun already, and it’s not even the big day yet!

Logan’s preschool did a Christmas program, and it was so cute.  I mean really…a bunch of 4 year olds in homemade Santa hats is a sure winner.  This was the first year I’ve actually gotten some decent pictures of the program, so it’s making the blog. 🙂 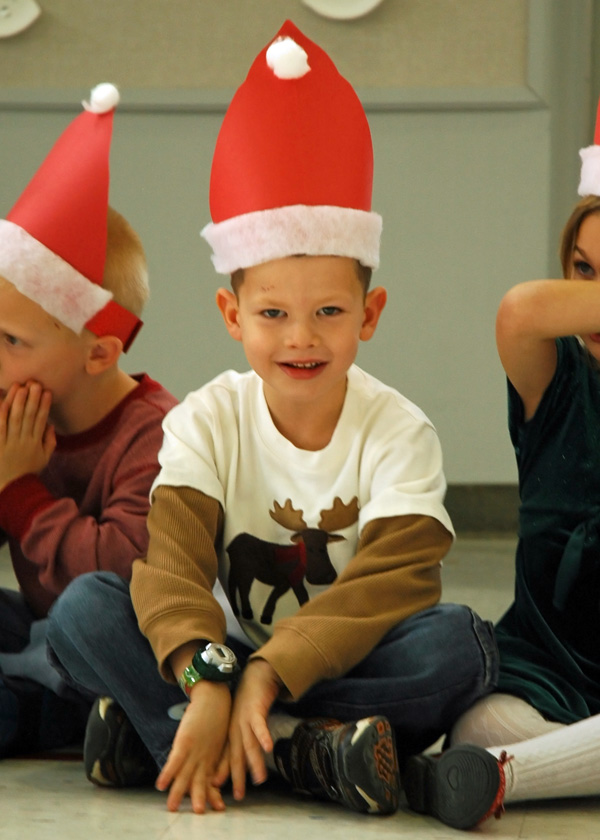 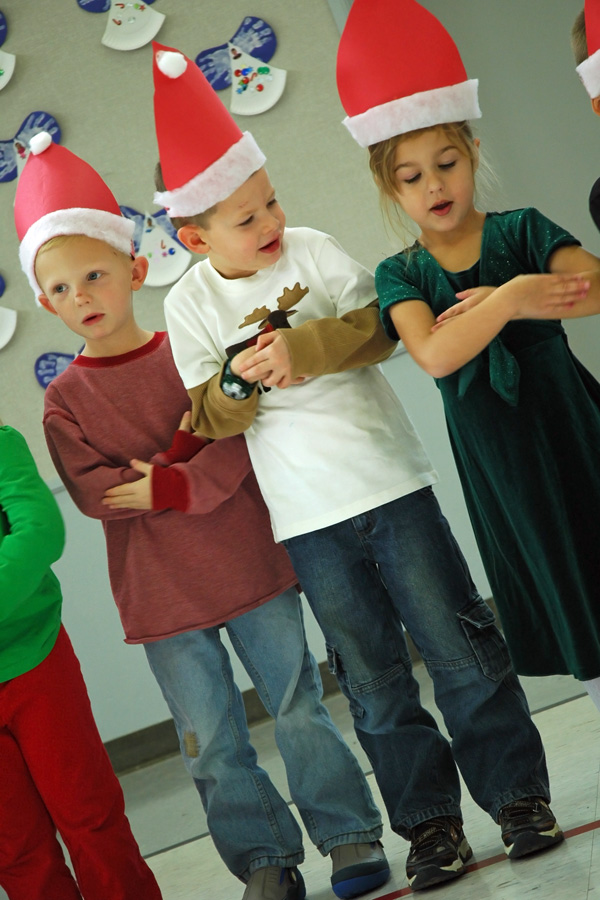 Last Friday (me and Derek’s anniversary…and let me just say I loved his thoughtful gift!  He’s sweet and hopefully someday I will get to go back to Germany and see it in real life.) Connor got out of school at noon, and we surprised the kids with an early Christmas.  It just didn’t make sense to haul gifts out of town and then haul them back home.  And I’m not good at waiting for presents so we did it early.  I have the cutest video of us telling the kids we were opening gifts early.  They were ecstatic to say the least.  It felt really different to do it this way, but it was still just as fun. 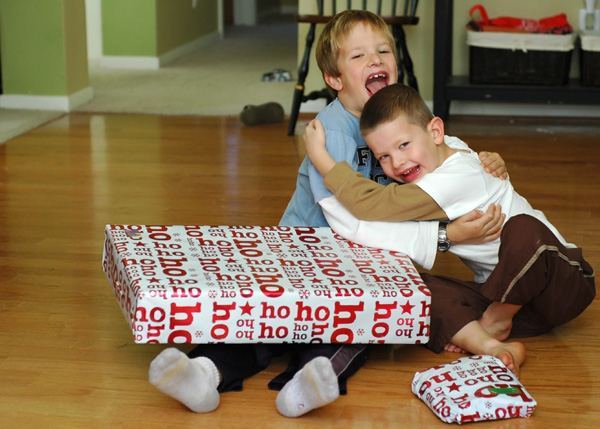 Camryn was so cute opening her presents.  She really did well!  I wasn’t sure she would get it, but she did. 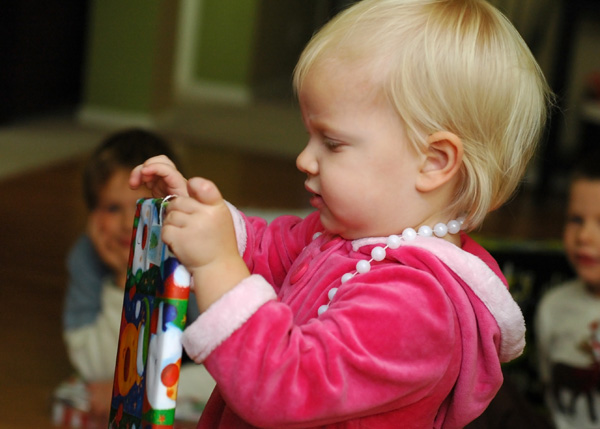 The boys were even excited about Camryn’s Veggie Tales movies. 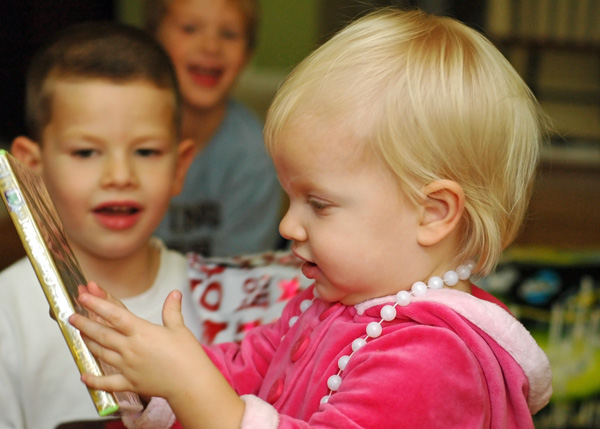 But it was pure joy when they opened their own.  Kids at Christmas are the best. 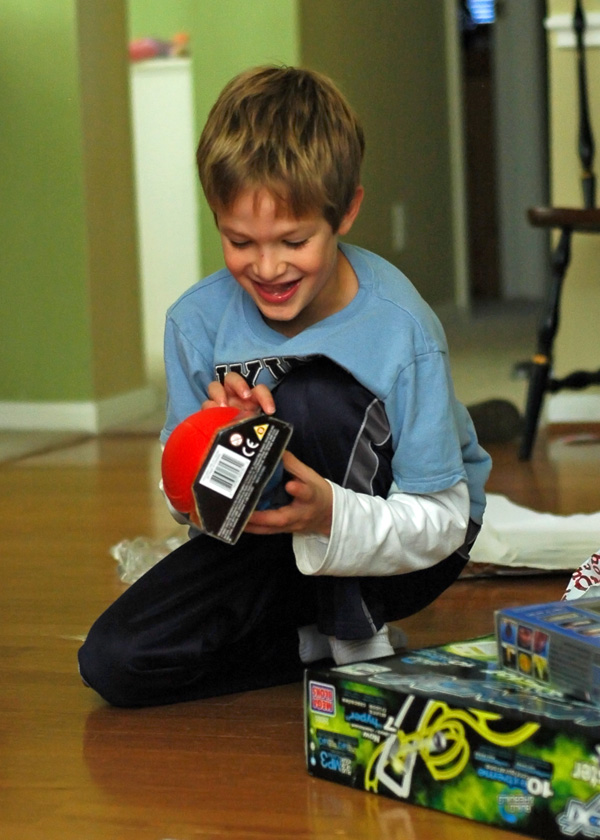 Camryn’s chair was the perfect gift for her.  She is obsessed with kid sized chairs.  Plus I love it because it’s pink and monogrammed. 🙂 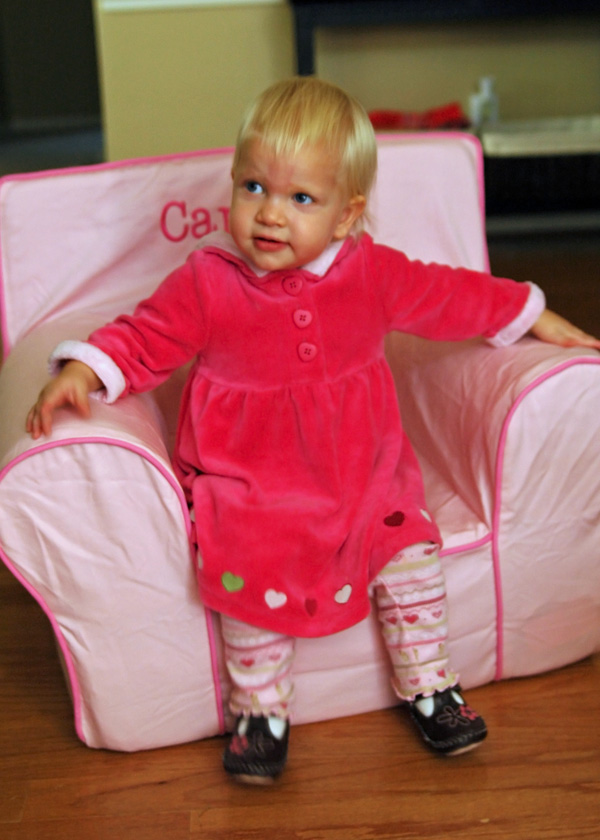 Derek and I opened out gifts to each other as well.  See that rock in Logan’s hand?  That was all part of my master plan of tricking Derek.  The rock was used as a weight in the package.

It’s an iPhone!   I had him totally convinced that he wasn’t getting one, and we had even agreed that he would just go get one after Christmas.  And all the while, it was wrapped under the tree.  To add to the fun, Derek went ahead and got me one as an early birthday present, so we are both iphone people now.  We are loving them! 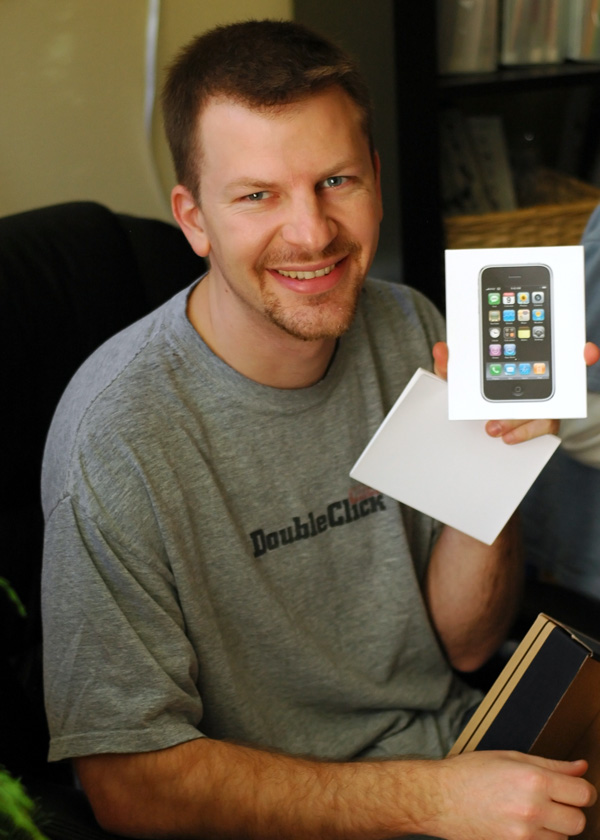 I almost can’t believe I am posting this next one, but Derek says he really loves this picture.  This is really what my face looks like when I open presents.  I love presents.  You know that Love Language book?  Mine is gifts.  And it shows in how excited I get! 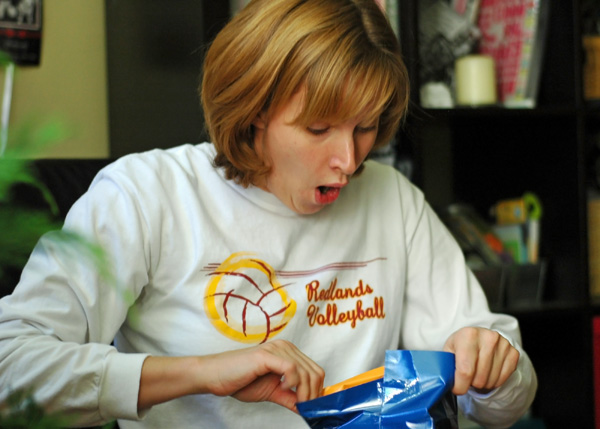 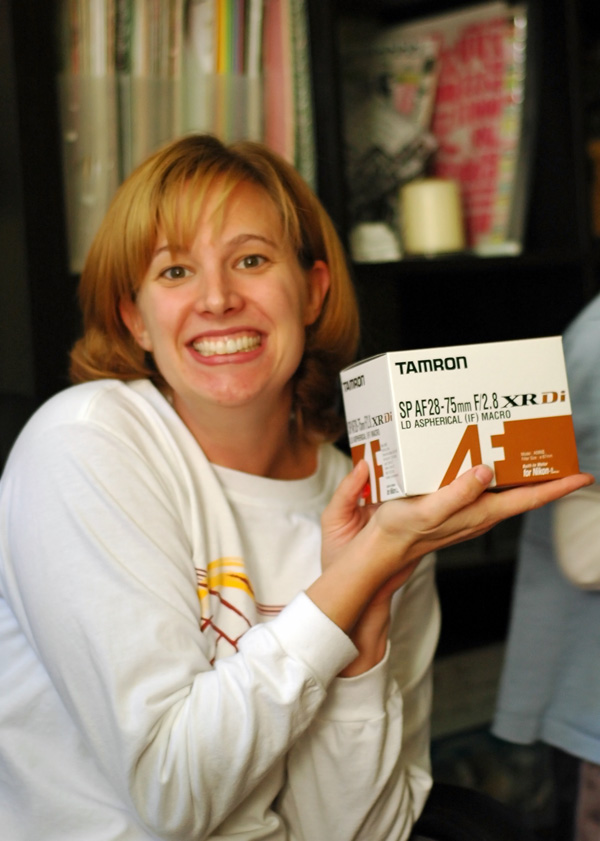 We’ve even opened more gifts since then.  Santa made a special trip to my mom’s house on Monday night to give all the grandkids a present.  My sister-in-law and I were getting the same gift from my parents, and since she had to open hers early, I got to open mine, too.  I had no idea what was in the giant box, and I was shocked to open a giant Karaoke Machine, which basically just seals the deal on what a huge dork I am, but I love it!  It’s the perfect, fun Christmas present.  We let the kids each open a present early with their cousins, and there have been other gifts exchanged as people have come into town and gone home.  It’s actually been really fun to stagger everything out like this.   Christmas morning we’ll have Santa of course, a few other little things, and Christmas with Derek’s parents.

But before that, we have Connor’s birthday to celebrate!  Seven years ago, at this exact moment, I was checked into the hospital waiting for sweet Connor to make his grand entrance into the world.  He took his sweet time…it’s still 14 hours away from when he was actually born.

Happy (almost) Birthday to Connor, and (almost) Christmas Eve to all of you!

One Reply to “Christmas is all around us”