We were up and and ’em bright and early on Saturday morning for the drive to Florida.  I’m always pleasantly surprised by my kids on long car trips.  I mean, they really do have it made with the dvd player, iphones/itouch, dsi, etc.  We also stop every few hours to stretch, pee, eat, and play.  That means it takes us a little longer overall, but happy kids=happy traveling.

We stopped for lunch at the Louisiana/Mississippi border (sidenote: it has become clear to me that I do not know how to spell Louisiana.  I spell it Louisana every time.  Two i’s, Megan.  Two i’s.)  Anyway, they had the most amazing azalea bush in full bloom, which means I had to get out my camera and take pictures. 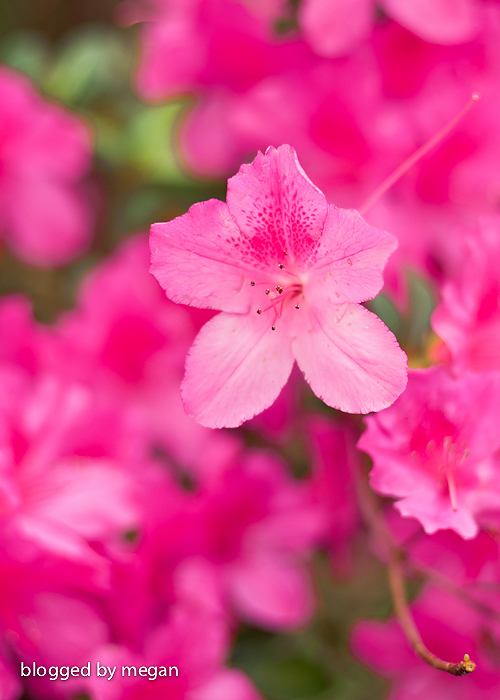 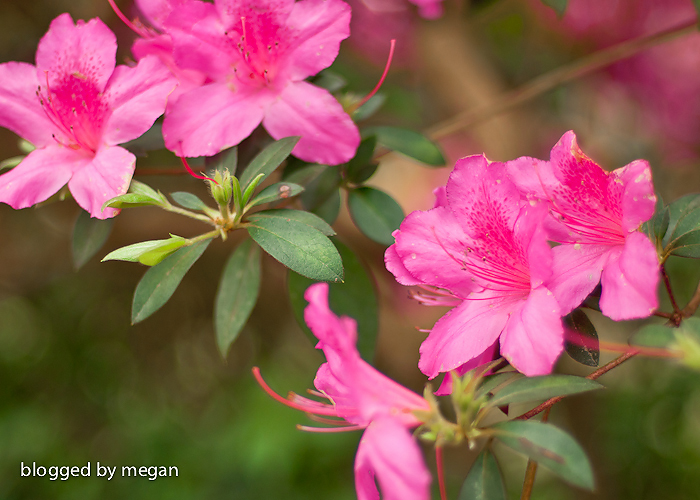 I also attempted to get a picture of the kids in front of the flowers.  I had my expectations set pretty low seeing as we had been in the car for about 6 hours already.  So what ensued was no surprise to me. 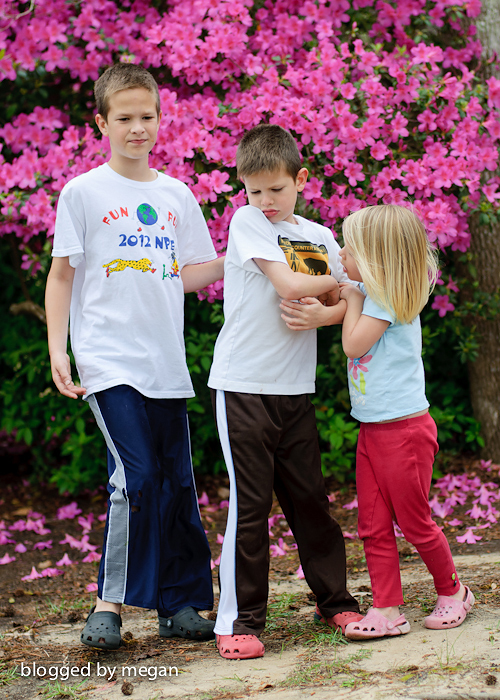 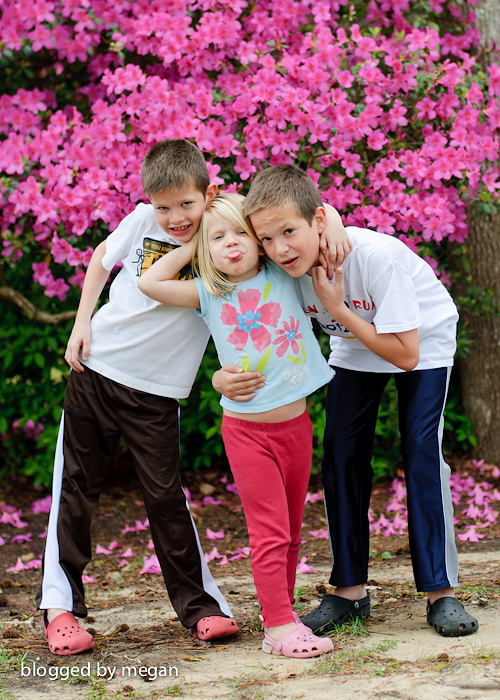 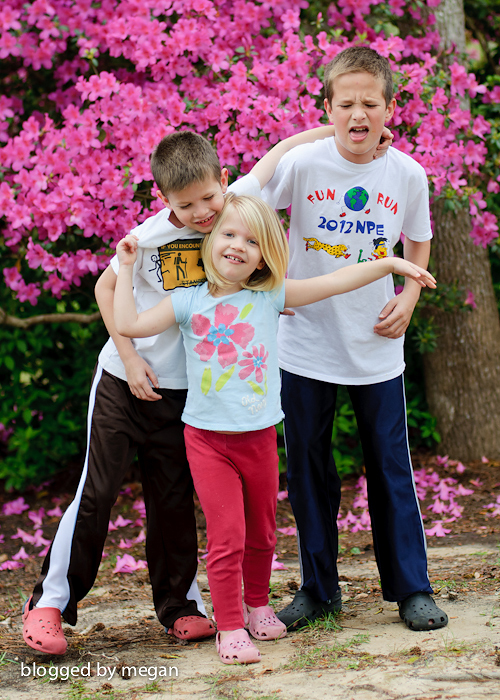 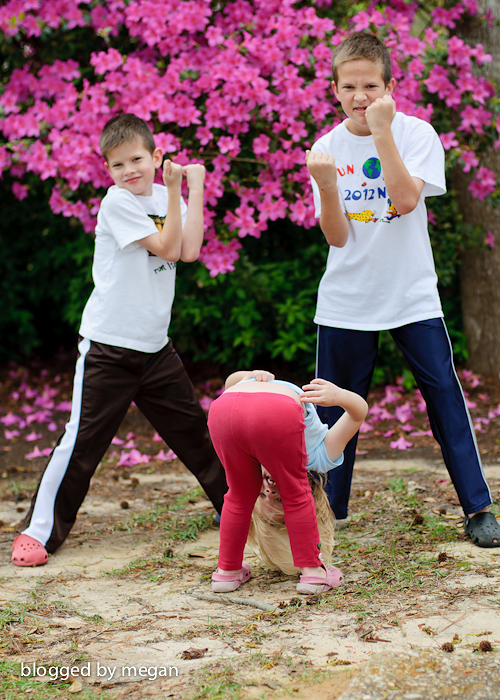 And finally, one good one where it looks like we are raising a bunch of super athletes or something.  We did play a little ball the moment I released them from the picture taking torture.

Cami wanted to play hide and seek and find all the cool hiding spots. 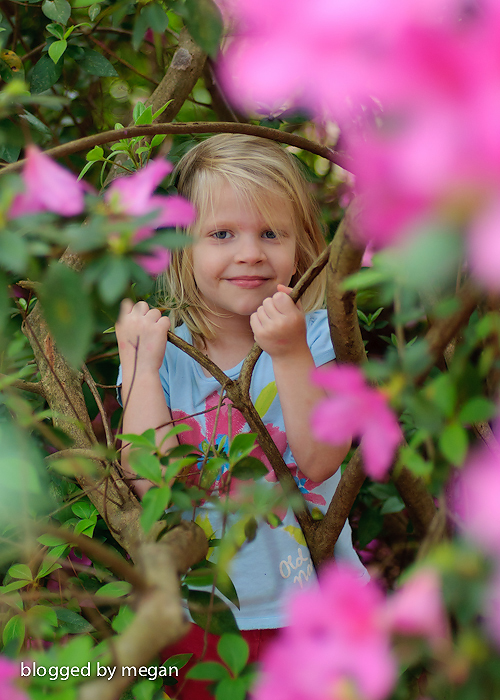 Soon enough we were back on the road.  The next stop is my very favorite.  It’s cloaked in childhood memories.  We drove to Florida every year at spring break to visit my grandma.  It’s only as an adult that I realize how lucky we were that she lived about 20 minutes inland from Destin in the cutest little town called Niceville.  Every year we would stop at the battleship, eat, run, play, and feed the seagulls.  And before the battleship is the Mobile tunnel which I also love.  As a kid, the battleship was the highlight of the drive every year.  Because honestly, there really wasn’t any other good part of that drive back in the 80s except playing Mad Libs. 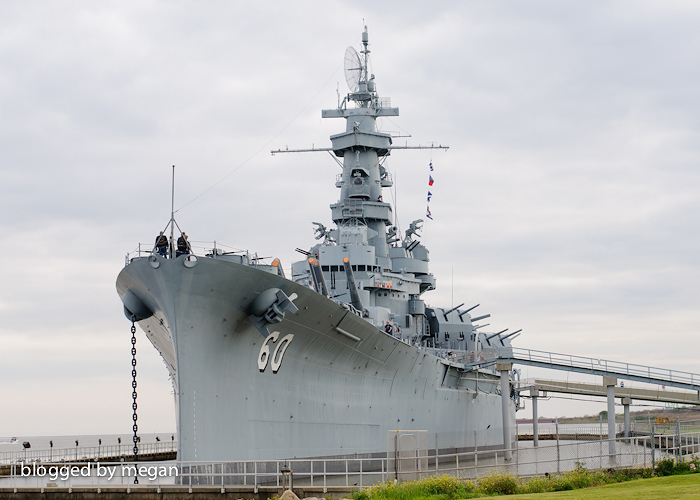 One of my lovely children was having a…shall we say…moment while at the battleship. 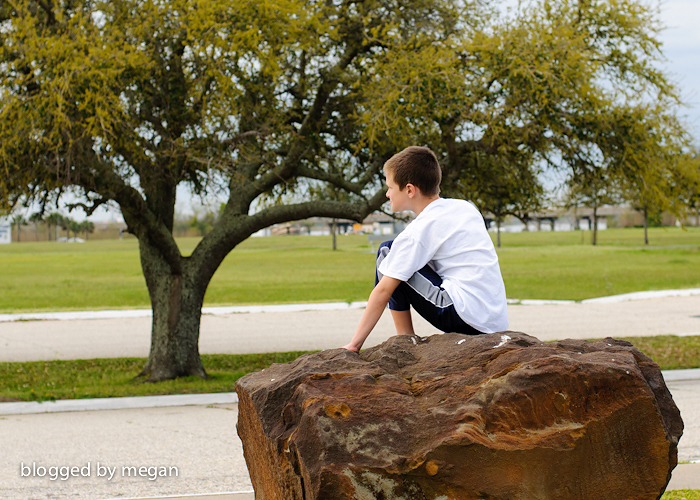 The other two, however, took a picture with me.

And Camryn took one of Derek and I.  I look totally road-trip scrubby, but it seems like pictures of the two of us are few and far between these days, so I’m posting it. 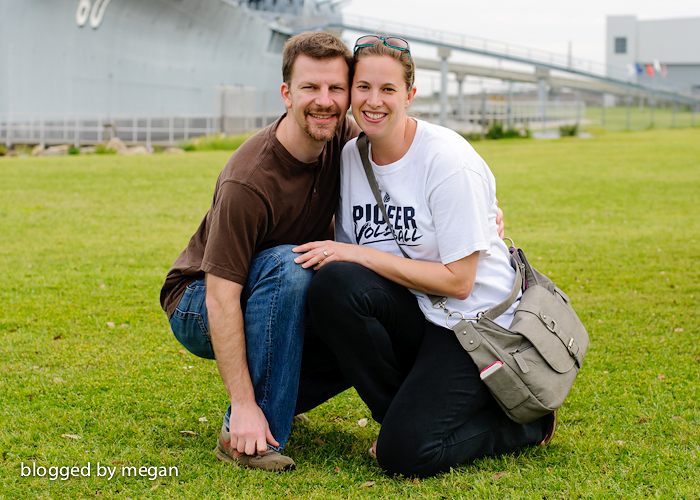 Just a few hours later, we arrived in beautiful Destin (okay, it was dark and cloudy when we arrived, but I just know it’s beautiful.)