I really do love traditions, and taking pictures of the kids getting off the bus every year on the first and last day of school is one of my faves. 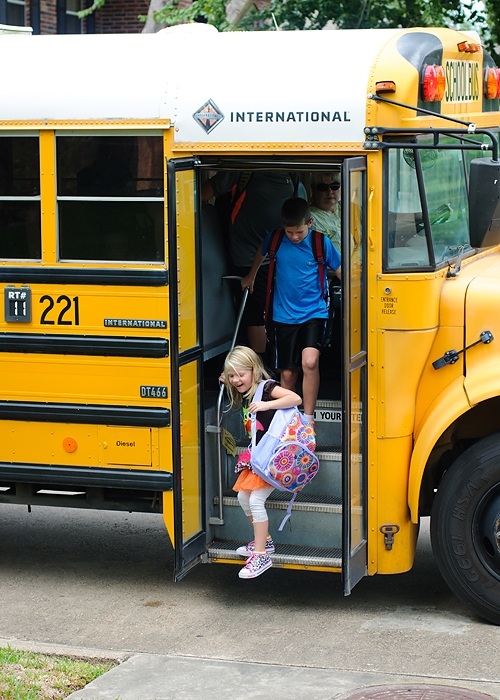 New school, new bus, new bus stop friends…it’s all new this year.  Our new bus driver has some big shoes to fill because I pretty much think that our old bus driver, Mr. James, was the best bus driver in the world.  I’m sure our new one is a nice lady, but she’s going to be hard pressed to fill Mr. James’ shoes! 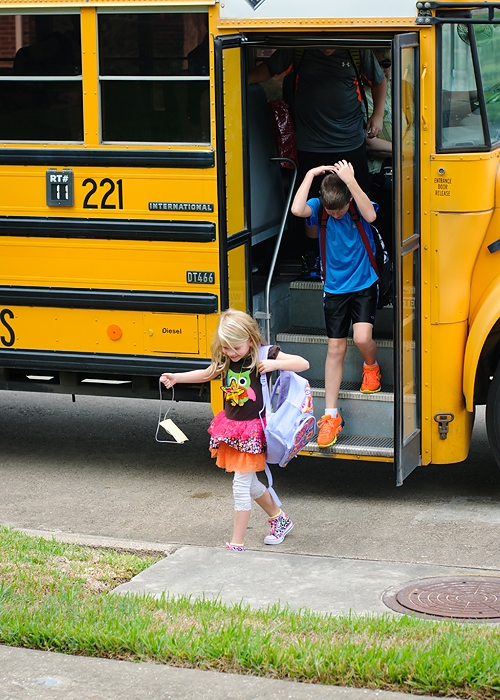 You’ll notice Logan’s hands going up.  He spotted me.  He’s such a little booger about the camera lately!  But sweet Camryn…she had a great first day.  So happy that she loved school.

Yup, Logan wins the dirtbag award for bus pictures.  Oh well.  Like I always say to my kids, it is what it is. 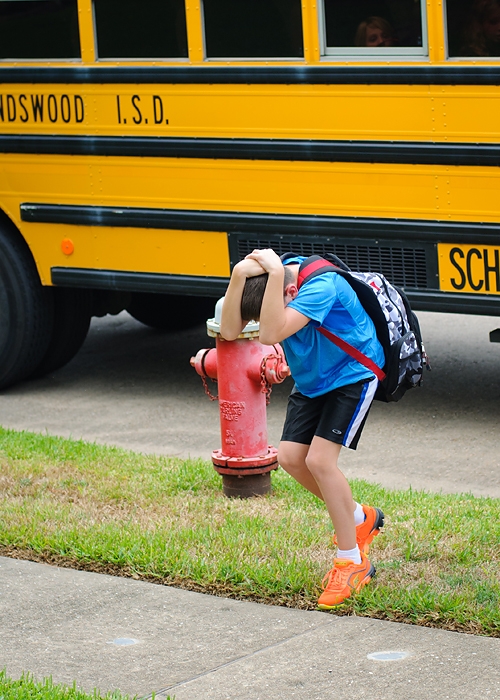 Connor looks like he’s about to plow over that poor girl there.  His attitude was definitely better this afternoon than it had been in the morning. 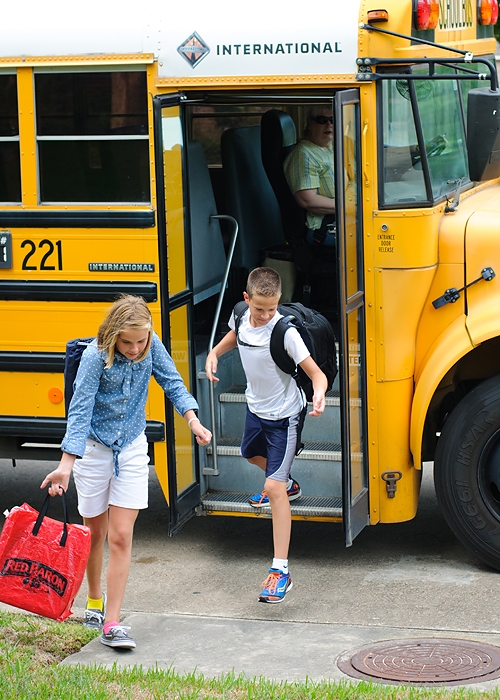 Yes, he’s running away from me.  Because he saw the camera.  Plus he had to get home and play outside.  That’s one of the things I love about the school year.  They all got home and wanted to play, play, play. 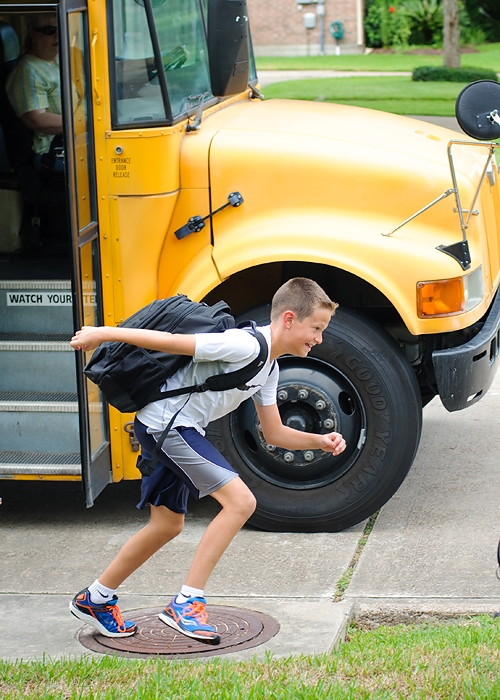 The other thing I love (well, besides to ability to complete a thought during the day, take care of piddly errands that I’ve put off for months, and actually keep the kitchen picked up for longer than 5 minutes) are the early bedtimes.  Camryn pouted off to bed during story time, and when I went in to tuck her in, she was out cold.  It was 7:25.  Oh, the bliss of school bed times!

They all had a great first day.  All three came home talking about a few kids they met.  I know they will make friends in no time, but the boys were worried about that.  It’s hard to go from a school where you know everyone to knowing no one!

We planned to ride the bus this morning, so I looked up the pick up time online, just be be sure we didn’t miss it.  7:29.  Perfect.  We’ll walk out the door at 7:25.  So imagine our surprise when we walked out the door and immediately heard the bus.  It’s not like it’s super far to the bus stop, but it’s probably 7 or 8 houses.  They all took off running, with me following as quickly as I could while holding a wiggly Sullivan.  Poor Camryn…she was running so hard, trying to catch the boys and the bus.  I can only imagine how panicked her face must have looked.  Thankfully, the driver waited for them, and I got there with just enough time to wave as the bus pulled away.  But nothing makes you feel like a good mom like having your 5 year old have to run to the bus on her very first morning ride.  Mom of the year, right here.  Note to self: the bus actually arrives at 7:27, and perhaps allowing a few extra minutes to actually get to the bus stop would be wise.  I’ll do better tomorrow (assuming that Camryn doesn’t arrive home traumatized by her morning run.)

One Reply to “The tradition continues”