Sometimes my kids surprise and delight me with how they interact with each other.  Today we had one of those moments, which was much appreciated considering how they fought and bickered and whined and cried most of Saturday.

I woke up this morning and I could hear Connor and Camryn happily playing together.  It was lovely, and a far cry from the frantic shrieking “nooooooo!!!” that woke us up on Saturday morning because someone had touched something belonging to someone else.  But today’s awakening moments were about as good as it gets with kids.  I meandered slowly out of bed and started to fix my coffee.  After a few minutes, Connor came marching in chanting “All hail princess Camryn!  All hail princess Camryn!”  Camryn shyly walked into the kitchen decked out in full princess gear complete with a crown that Connor made for her.  Connor even found clips and pinned it to her hair so it would stay on, and then he proceeded to make a matching crown for one of her babies.  As the icing on the cake, they even let me snap a few pictures of them. 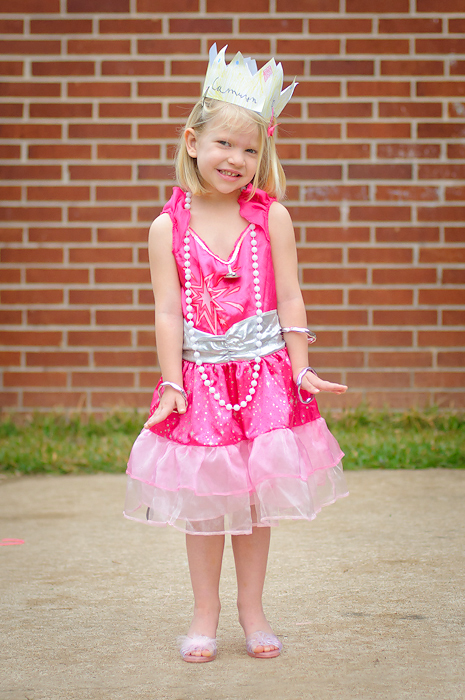 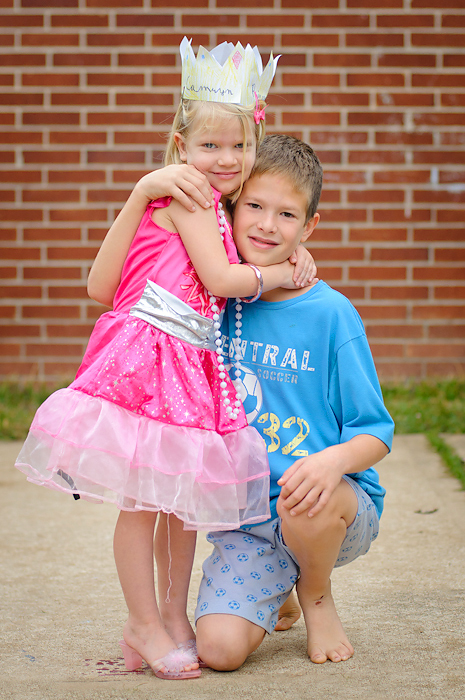 It was a pretty fabulous start to this day.

One of our favorite things about going to visit our families in Arlington is the guaranteed fun cousin time. 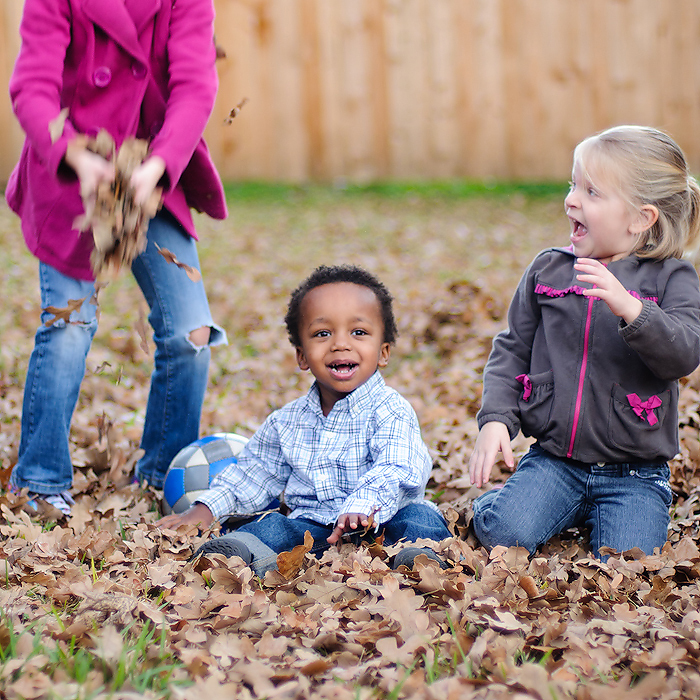 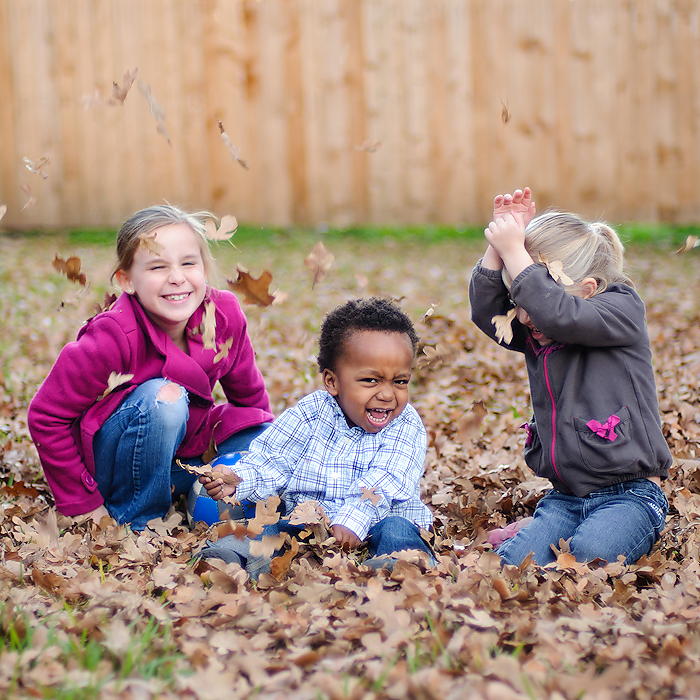 We are all just so crazy about this little guy.  I am so thankful that God put it on Matt and Cindi’s heart to travel halfway around the world and bring him home! 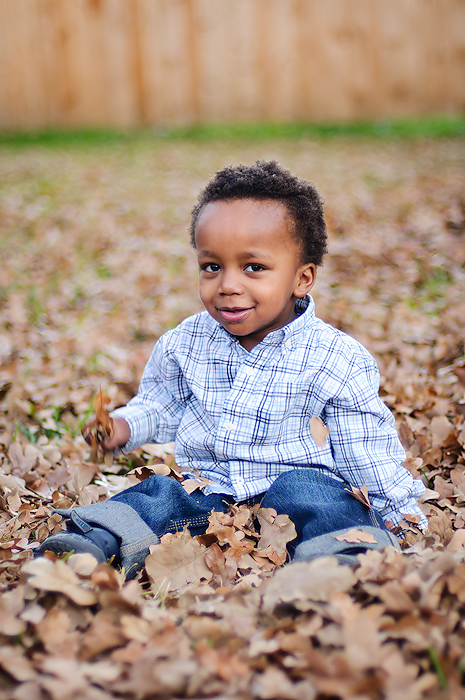 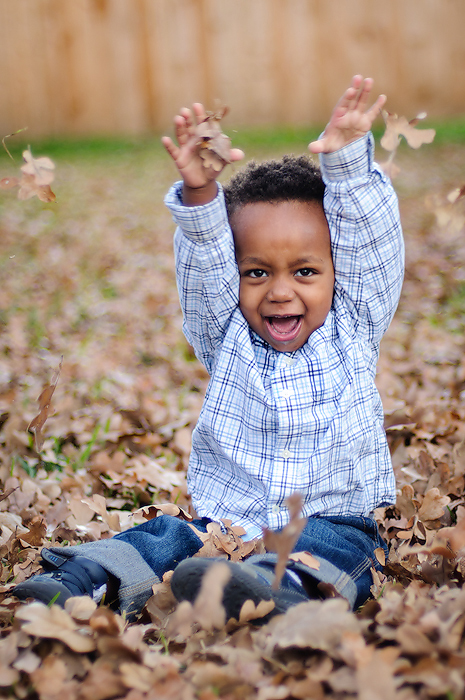 Camryn and Abby.  Oh, she loves Abby.  I think the feeling is pretty much mutual. 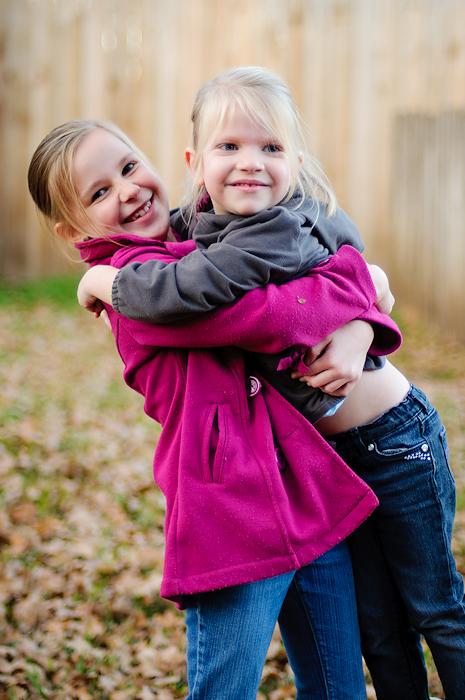 who is now this no-so-little guy (he’s pushing 5 feet tall-crazy!) 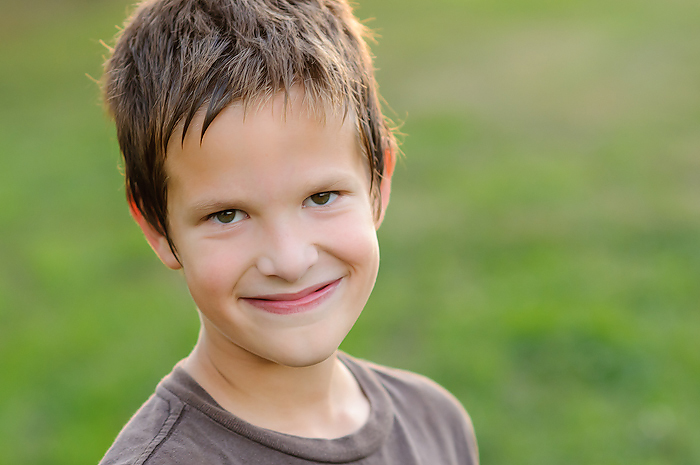 How did that even happen?

He is still our same Connor in so many ways, but in other ways he is so different.  I can see glimpses and signs that he is growing up, like the way he is willing to try any new food and has a new found love of sushi.  We’ve had some tough years with this guys–I’m not going to sugar coat it.  Saying he is strong-willed and intense is an understatement.  But I can see how he is growing up in the way he handles things.  He transitions more easily, is willing to help out, and doesn’t all-out lose it very often any more.

He’s becoming more selfless, and that does this mama heart a world of good.

He is smart.  Just like his daddy.  He loves to read, loves soccer, loves origami, loves math, and loves to solve his rubix cube.

I’m excited to see how God uses his intensity and fire.  He’ll do great things, of this I am sure.

We celebrated his “fake birthday” with some bowling and laser tag with good friends.  It was the perfect party for him. 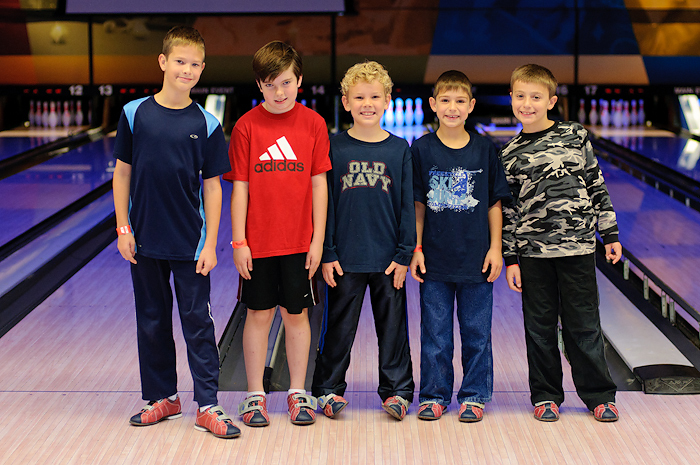 It’s not ideal to have a birthday on Christmas eve, but we always try our hardest to make it a special day for him.  He woke up that morning to homemade cinnamon rolls and his presents. 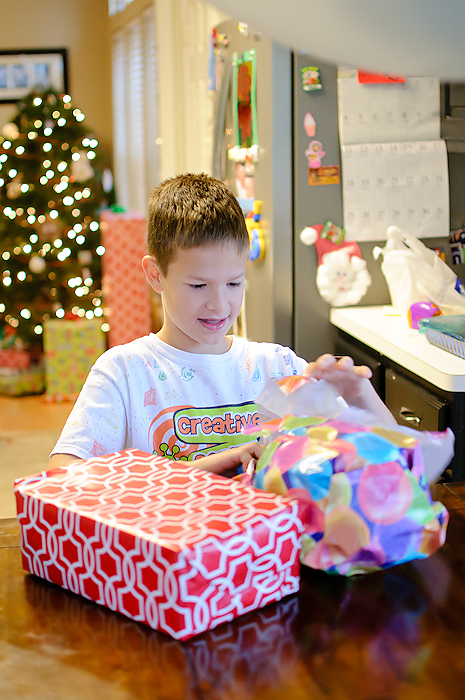 I love how Connor opens presents.  He tears back the paper on one side and peers inside, trying to figure out what’s in there before opening it all the way. 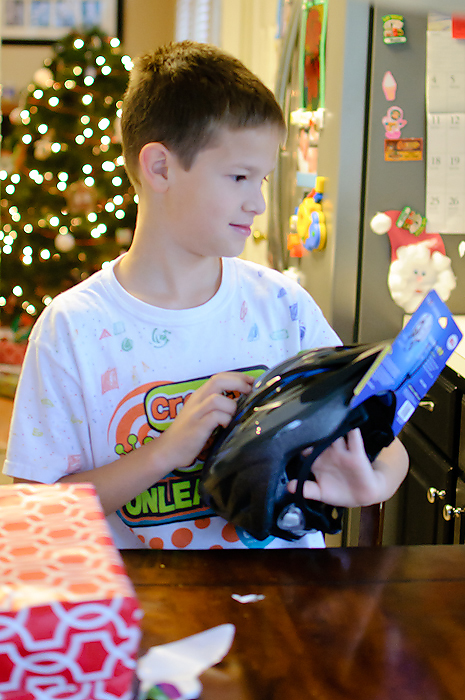 While I think he was grateful for a new helmet, it’s not exactly a fun present.  I made him open that one first in preparation for the next one… 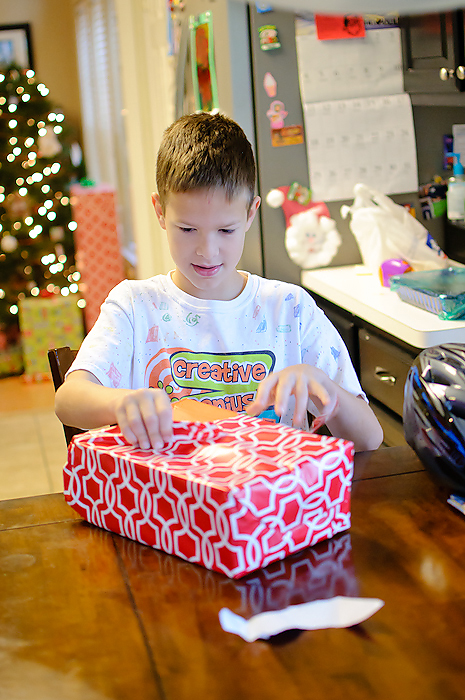 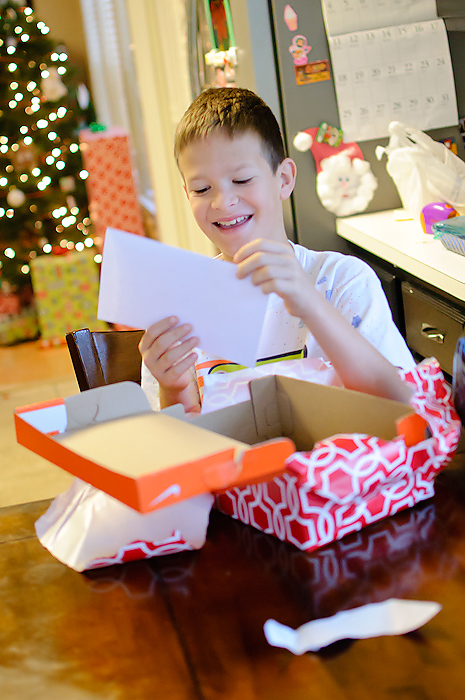 It’s a new bike!  So technically it was a note telling him about our plans to let him pick out his new bike, but by the look on his face, I’d say even in note-form, his gift was well received. 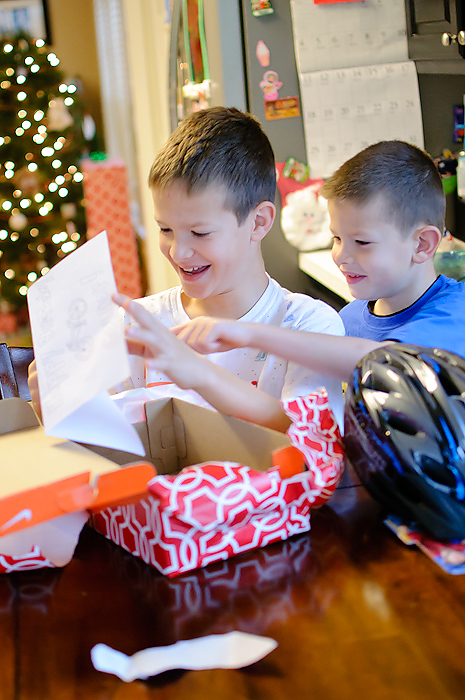 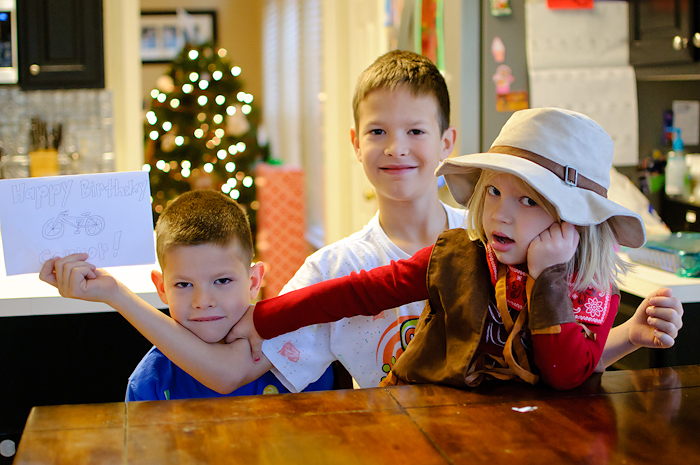 We headed out to Academy after breakfast where he picked out a shiny red bike with lots of gears.  He couldn’t wait to get home and try it out. 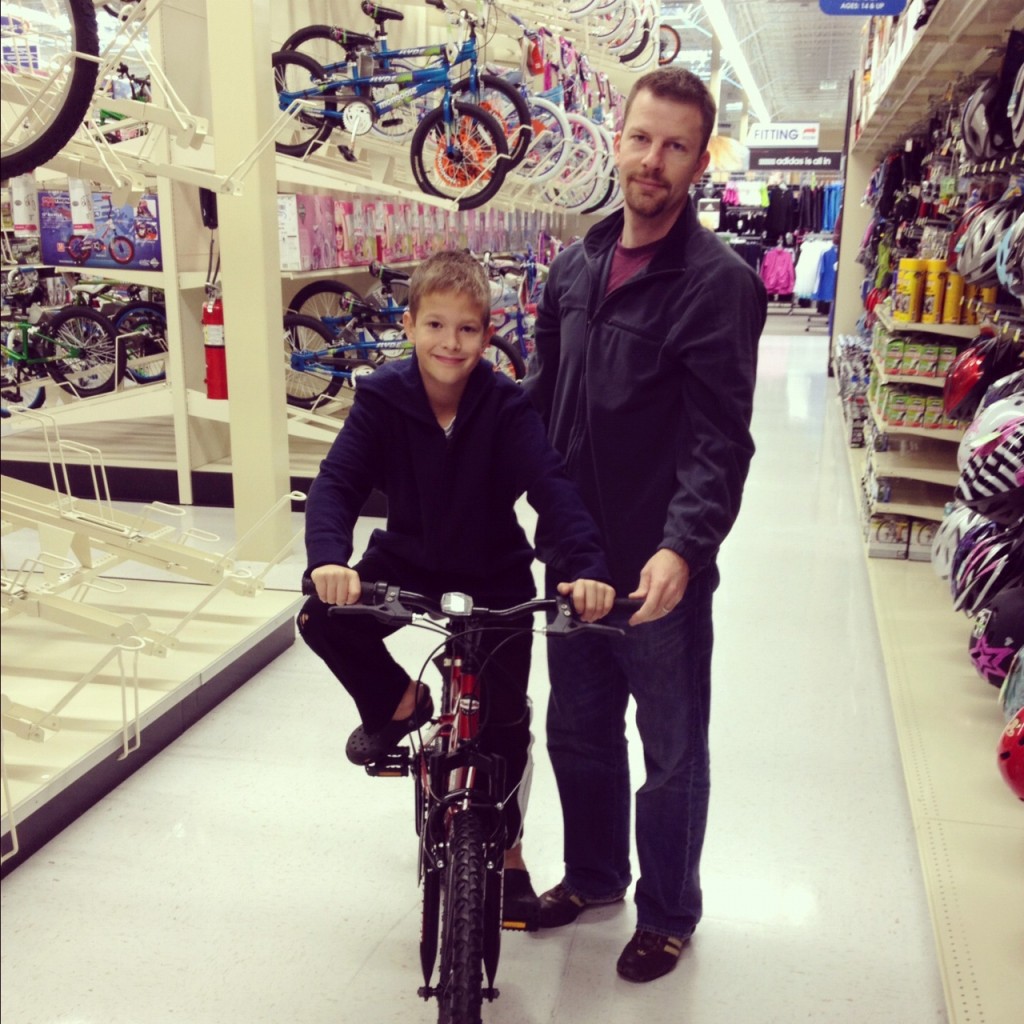 His first ride wasn’t without frustration.  The gears just wouldn’t change as easily, and it’s always a little hard to get the feel and the balance of a bigger bike.  With a little help from Derek, Connor was happily zipping around the cul-de-sac in no time at all. 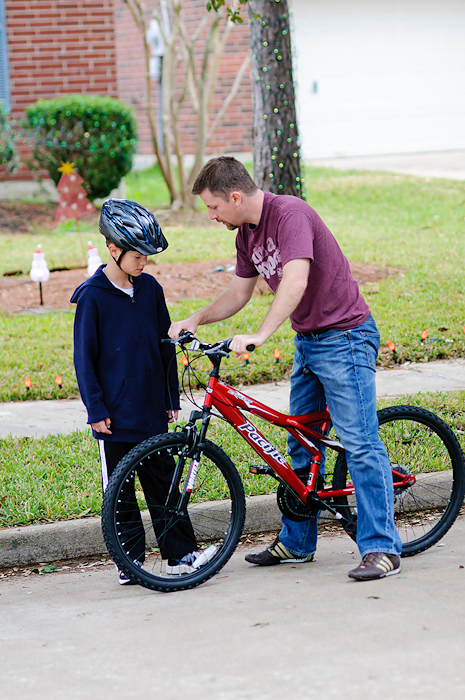 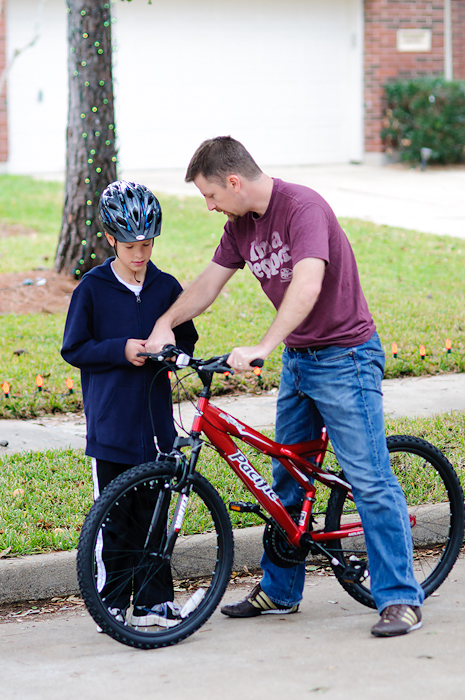 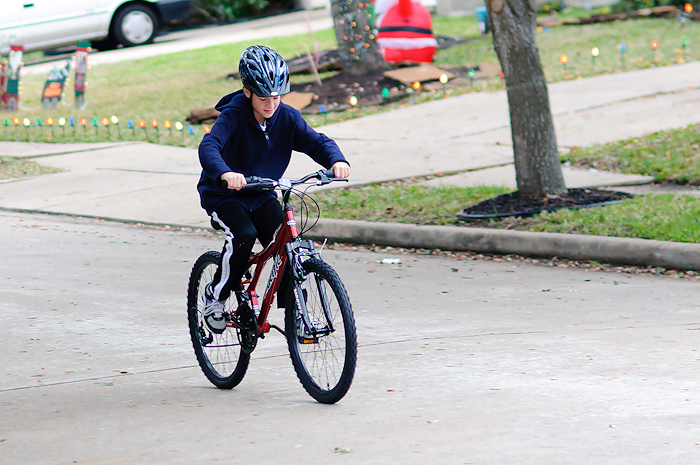