Camaroon/Cama-lama-ding-dong/Cami J. Blige is starting to be a little more awake. Instead of sleeping 22 hours a day, she is only sleeping 19 or 20. Not that I am complaining even a bit. Her sleeping habits have helped my first two days on my own go very smoothly. But I do love her awake hours. I know she is only 17 days old, but she is already cooing and smiling some. They aren’t even gas smiles. She looks right at me, talks, and grins. So sweet! I have tried to get it on camera, but no such luck so far. In fact, Derek hasn’t even seen it. I am pretty sure he thinks that I am making it up. But the boys will vouch for me! I actually think I saw her first smile a few days ago, but I wasn’t totally convinced until it kept happening.
Here’s my wide awake girl. 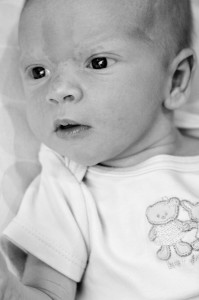 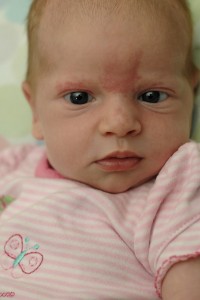 This blog has become the Camryn blog lately. I need to blog about C and L, too. They are doing really well adjusting to our new family dynamic. Logan is such a little love bug lately, being super sweet and affectionate to both Camryn and I. He is also testing all the boundaries, which I suppose is to be expected from a 3 year old. He is still crazy, fearless Logan. He runs “as fast as the Flash”, and lives life with such happiness and joy. He sure makes us all smile. 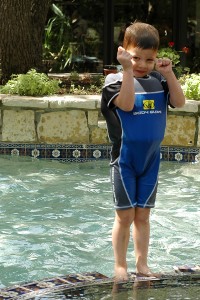 Connor is….well, Connor. He spends the bulk of his days in Connor-Land where he is the star of his own imagination. His creativity amazes me, and he is so much fun to talk to. One of these days, I need to blog about the big tread inside of him and all of the arrows that are controlled by the tread. And there are certain amusement park rides that make his tread move way too fast, and also being hungry can break his tread. He is such a character, that’s for sure! 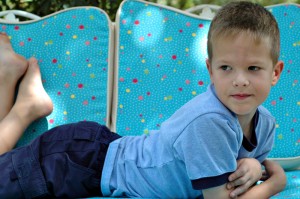 I am feeling so incredibly blessed lately. Life is so sweet!

6 Replies to “waking up”