This couple is so loved.

Penny contacted me awhile ago for a family session.  Her son is about to head out on a great adventure–extreme mountain climbing in Chile, to be precise, and she wanted to make sure and get some family photos before he heads out.  Little did she know that there was so much more to this night than just a simple family session!

After we had the session on the calendar, Penny’s daughter contacted me to fill me in on a little plan she and her husband along with her brother had in the works.  Penny and Paul recently celebrated their 30th wedding anniversary, and their kids decided that a big surprise party was the perfect way to celebrate.  They invited friends and family from all over the country to come to Houston and surprise Penny and Paul.  So a few weeks ago, Penny tells me that her sister and family have decided to make a trip down to Houston, and the only weekend they could come in just happened to be the same weekend of our photo shoot.  Of course, I totally knew why they were coming in and thankfully I was able to keep my big fat mouth shut and not let out a little squeal about how fun the surprise was going to be.  Penny asked if they could join us for the session, and of course I said yes.

I love a good surprise.  And I can assure you that Penny and Paul had no idea what was going on behind the scenes.  I tend to get a little nervous before each and every session, but this one was especially nerve wracking.  I’m not known for my secret keeping abilities, and I definitely have a tendency to be a speak before thinking.   But somehow, all of us made it though the photo shoot without a single slip up.

We traipsed all around, sweating bullets, I might add.  Not only was there the added pressure of timing the photo shoot just right so they could get Penny and Paul to the restaurant at the right time, but it was stinkin’ hot!  Their outfits were perfectly suited for a nice fall session, but let me assure you, there was nothing fall-like about the weather!  I promised them I would photoshop out any visible sweat. 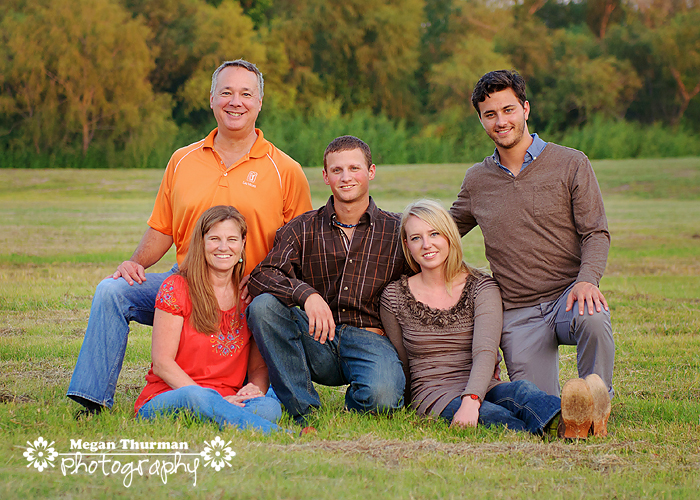 I took pictures until our light was completely gone.  As they left, I was totally giddy about the surprise to come. Penny and Paul still had no idea that anything out of the ordinary was going on.  She informed me they were going out dancing after our session.  Uh, huh…yup…keep a straight face…don’t make eye contact…I’m a horrible liar.  But off they went.  Derek picked me up and we hightailed it to the party.  I took some photos at the party–not my normal type of photography for sure, but I’m going to share a few anyway.

And as you can see by their faces, they had no idea and were totally shocked! 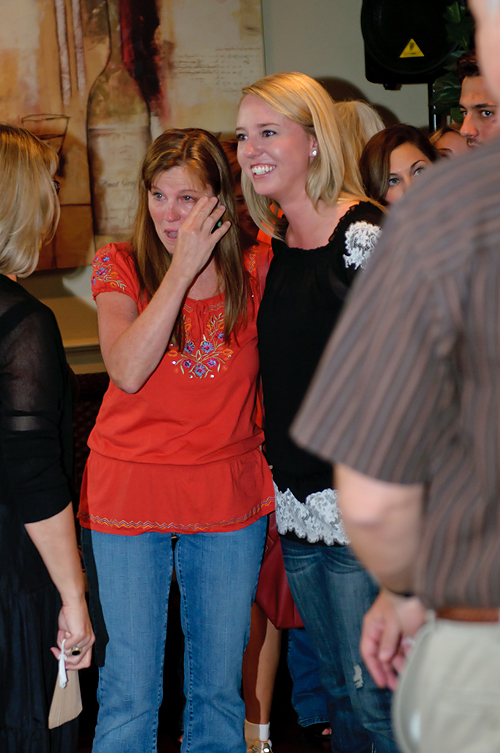 Such a special couple with such loving family and friends.  It was definitely a night to remember, and a huge success.  I count myself lucky to call these two my friends. 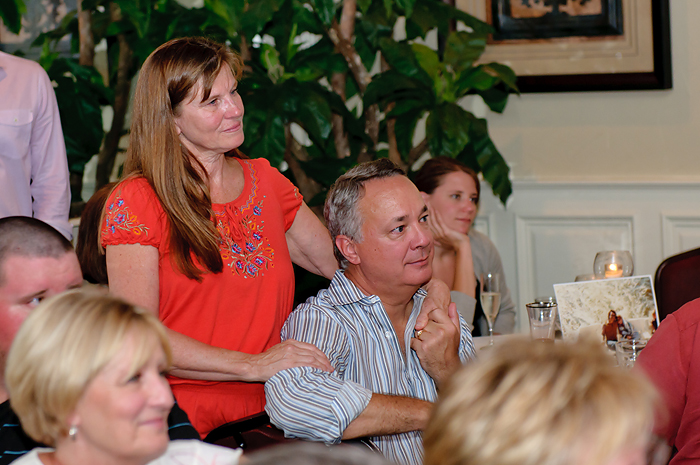 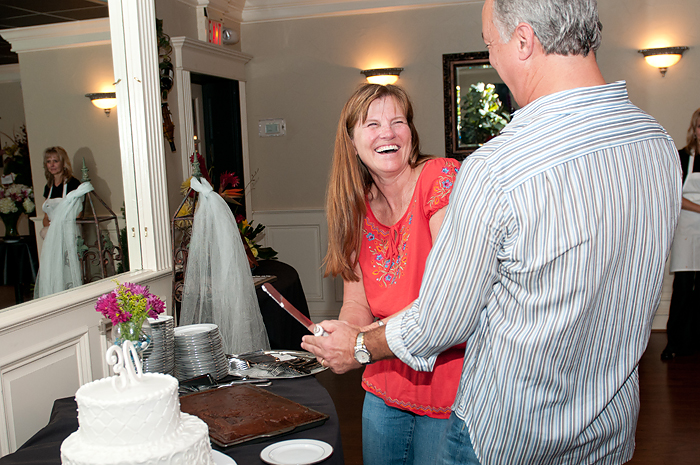