It’s a blogging tradition that I just can’t let go.  I might be 4 weeks late this time, but I’ve got to get these first day of school pictures posted!

Logan, 4th grade.  Decided to fix his hair up in a big mohawk, which I’ve never seen him do before (and he hasn’t done since.)  He loves minecraft, and has fallen in love with soccer.  He’s funny, and most definitely not a morning person.

The best way to get Logan out of bed in the morning involves two critical steps: a few snuggles from mama and then allowing him to get Sullivan out of bed.  Sullivan loves Logan.  He loves all his siblings, but these two have a particularly special bond.

(I have no idea why Sully latched on to a toothbrush this morning.  It is what it is.)

Camryn, 1st grade.  She’s got two very wiggly top teeth, so this will for sure be the last first day of school picture with two baby teeth in the front.  She loves playing with her babies, especially her American Girl dolls.  She’s fallen in love with dance, and is giving soccer a try.  So far, so good on the soccer field! 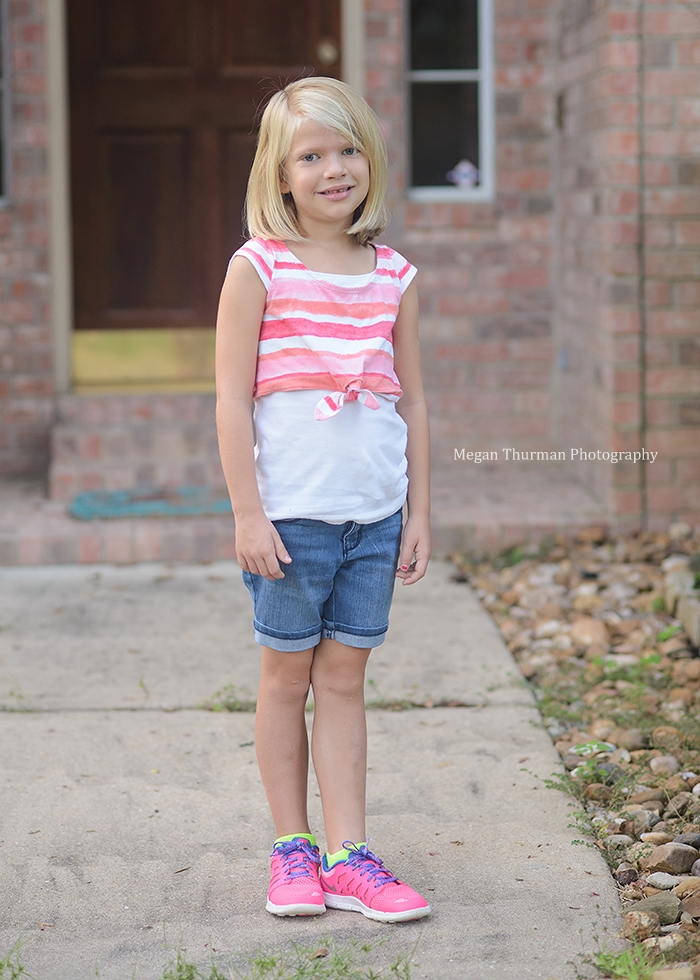 I couldn’t stand by and let her only first day picture be her forced smile.  This little giggly picture is much more like her.  She’s sweet and sensitive, this one.  She’s helpful and thoughtful and bright, too.  She needs lots and lots of sleep, which always makes the transition of starting school a tough one. 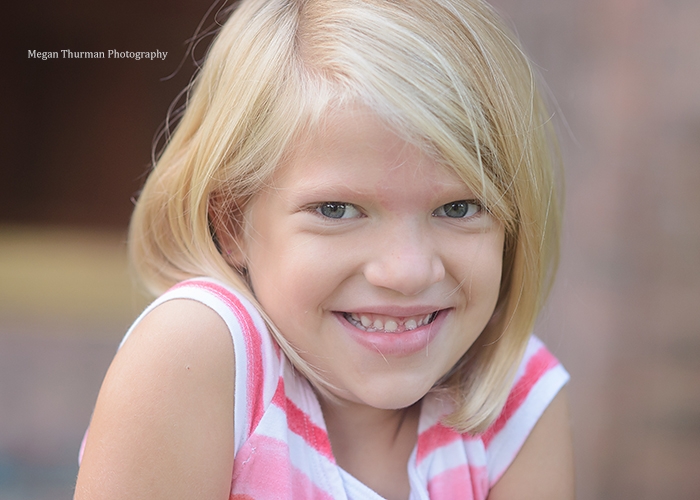 Oh, Sullivan.  Everyone is just so crazy about him.  He refused to sit up on the step with the kids, and honestly, this is a much better representation of the kids than if he had cooperated and sat nicely on the step. 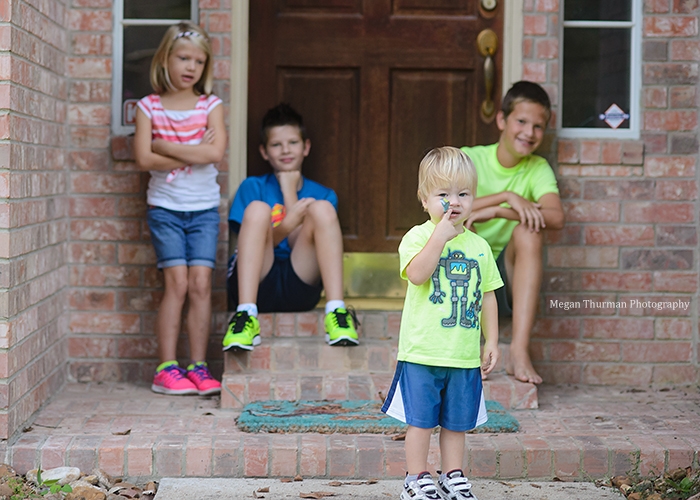 The three school age kids.  As you can tell, they are thrilled.  And probably sweating and wishing this whole picture taking part would end soon. 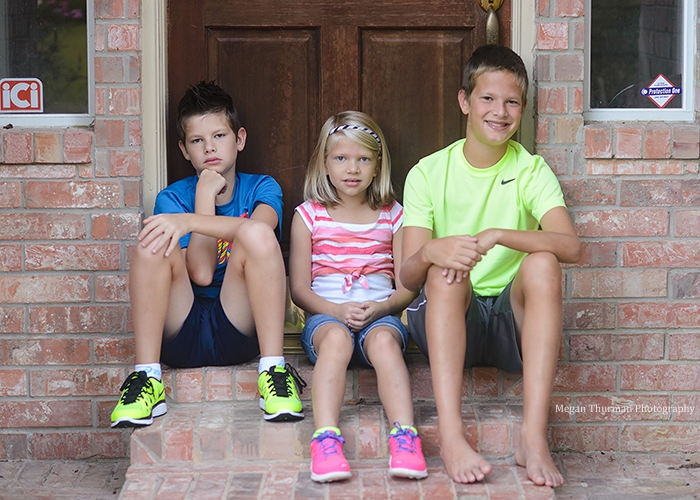 Connor, 6th grade.  First day of junior high.  His school starts an hour after the little ones, so we get a little extra time together in the morning.  He loves that.  He’s a morning person, but he likes to move slowly and take his time, so a later start is perfect for him.  He loves soccer, loves swimming, and loves to read and play games on his kindle.  He’s an all-around great kid.  It’s still hard for me to believe that I have a kid in junior high.  I remember starting junior high so vividly!  He was a little nervous about it, but handled it great.  He’s funny with his nerves.  It manifests itself in an inability to sit still.  He flips and flops and fidgets.  That lasted the first week or so, but now it’s smooth junior high sailing. 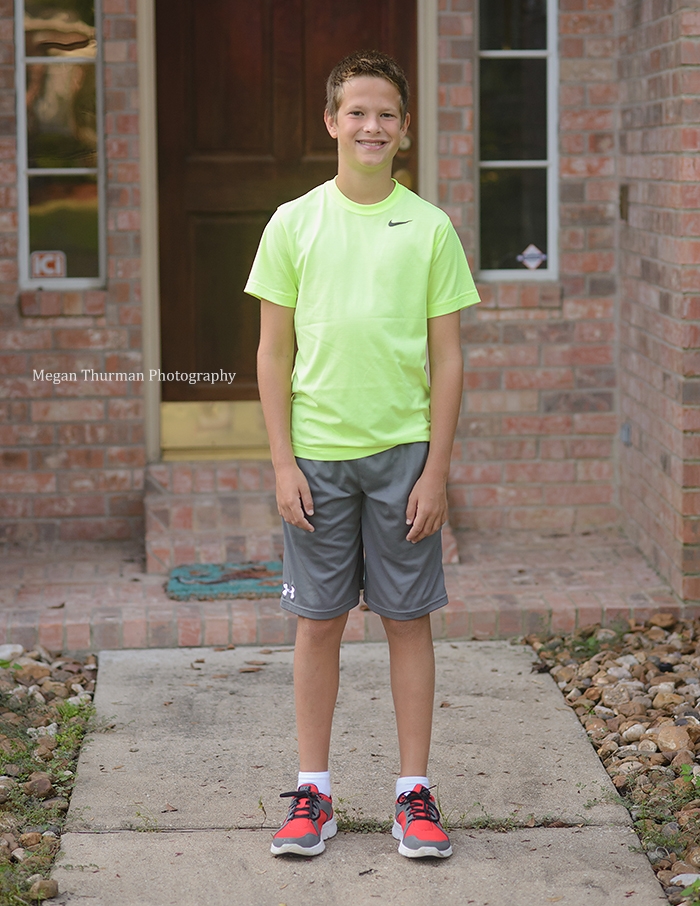 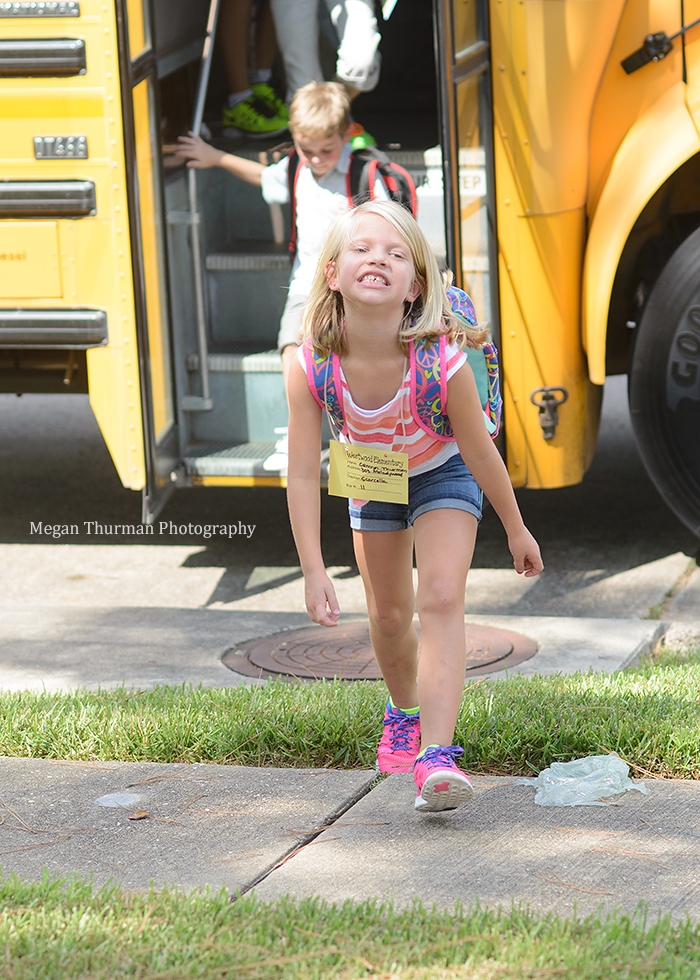 Much to Logan’s delight, I’ve still got one more year with him. 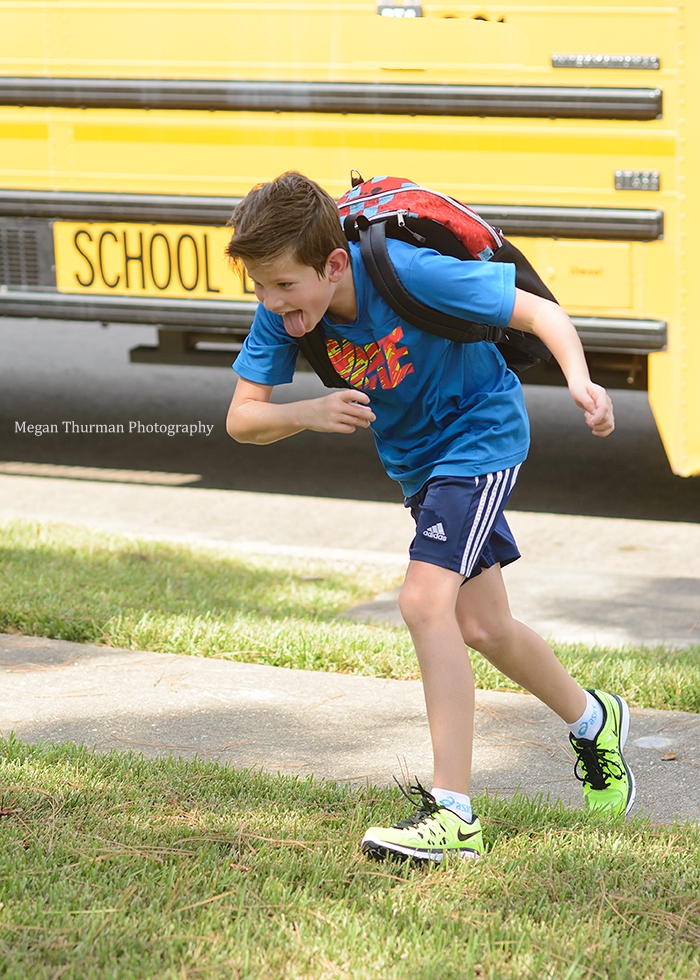 A week after the big kids started, Sullivan got his chance to start. Please just focus on cute Sully and not my shiny gold door.  After refusing to sit on the steps with the big kids, he insisted when he was on his own.  Sully loves school.  In fact, there are times that we start to walk out of his school and he turns around and high tails it back to class!  He loves getting to play and be just like the big kids.  He is so, so sad every time we have to drop the big kids off anywhere.  It’s not unusual for him to cry all the way home from dropping Connor at school.  But dropping him at his own school?  Not a tear.  Easiest drop off ever. 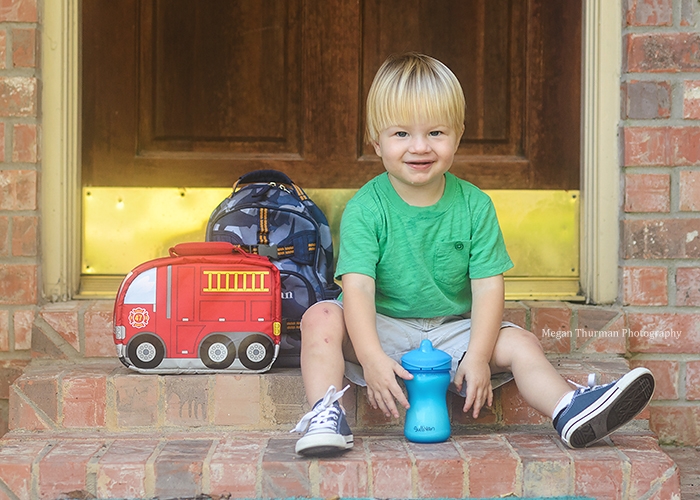 As for me?  I am loving my 8 hours of kid-freedom a week.  I have made a huge list of house projects and things I want to get done.  I’ve grocery shopped in utter peace.  I’ve made two trips to goodwill, meal planned actual dinners, and organized my desk.

All in all, it’s been a great transition for us.  After a long, tenuous August, we all welcomed the change the school year brings.

Now if only the fall weather would follow suit. 🙂