It’s 8:41.  Connor is off at school, Camryn just went down for a nap, and Logan has not woken up for the day yet!  This is the greatest morning ever!

For the past 8 months or so, Connor and Logan have been sharing a room.  The problem is, they stay up late at night talking and playing, and then one wakes the other up early in the morning.  So a few weeks ago, we decided to move Logan into Camryn’s room.  She isn’t even sleeping in there yet, so Logan has his own (hot pink) room.  It’s working out great!  Everyone is happier because everyone is sleeping better.  I can guarantee you that Logan would not be sleeping still if he were sharing with Connor.  He would always wake up as Connor climbed off the top bunk.  Plus, bedtime has gotten so much easier.  They feed off of each other at bedtime, and since Logan is rarely napping these days, he is amped by 7:15, which just riles Connor up.  It was becoming such a frustrating time of day!  It’s so much better now.  I just hope I’m not inflicting any permanent “middle child syndrome.”  I tried to make Logan feel good about moving to Cam’s room by telling him he can be her protector at night, and he’s the luckiest in the whole house because he has two beds.  I’m not sure if he’s buying it or not, but we’re sticking to separate rooms for the boys for now.

The second week of school is underway.  Connor has protested a bit in the morning about going to school, but once he gets there, he is fine.  That’s just Connor.  He wants to watch his favorite show in the morning, and there just isn’t time.  That leads to tears and drama, Connor style.  But once he gets into the “silver bus” (aka Derek’s trusty Accord), he’s fine.  And he is always so happy and bursting with stories when he gets off the bus at the end of the day, so I know he is having a great time at school.

Logan started school last week, too.  (Poor middle child…I didn’t even blog about it!)  He’s at the same school he went to last year, with a lot of the same kids.  He loves it!  And despite how wild and crazy and busy he can be, he is a very good listener at school.  I would just love to be a fly on the wall and watch my boys at school. 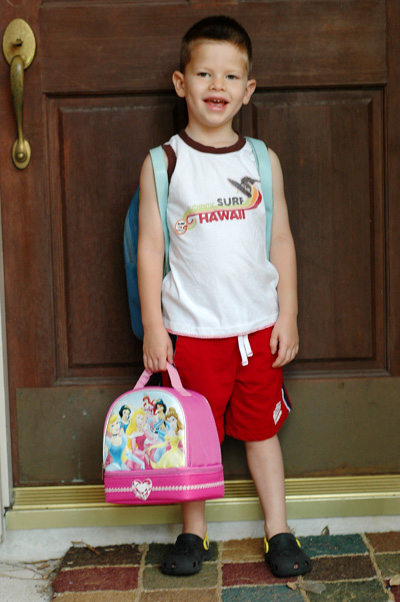 (he still loves his princess lunchbox!)

We had a fun labor day weekend.  We had a dinner/game night with some friends on Saturday night.  On Monday, we took the boys to see Kung Foo Panda, which was funny even for Derek and I.

Derek and the boys have a new adventure thing they do together.  They go on bike rides.  They love it!  Derek and Connor started it, and Logan was not happy about being left out.  We told Logan he could go once he learned to ride the real bike with training wheels we have for him instead of the little tricycle he used only with his feet.  He’s been practicing and practicing, and while he can’t quite keep up with Derek and Connor, he does a good job on shorter adventures.  Derek and Connor have to save their long rides for when Logan is resting.

9:11…everyone is still quiet.  I should go be productive with this time.  I’ll end with a bunch of pictures that I’ve had sitting on my desktop, waiting to be blogged. 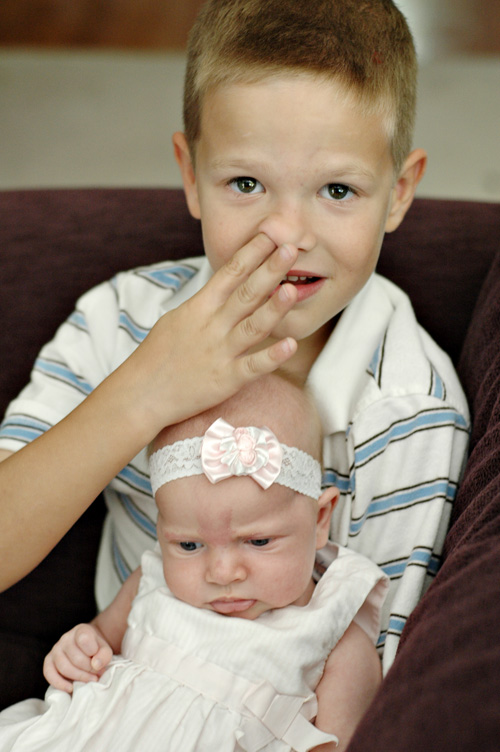 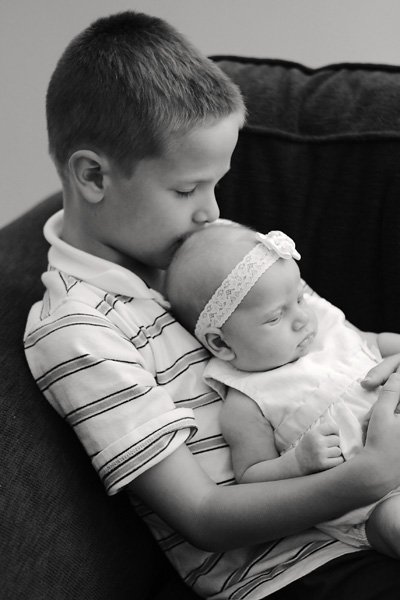 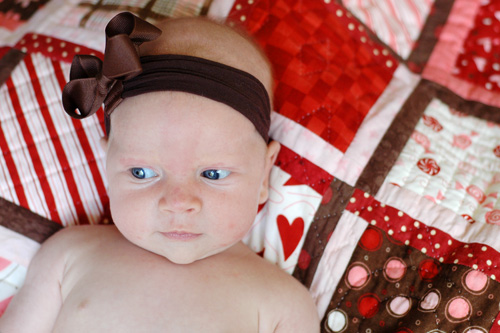